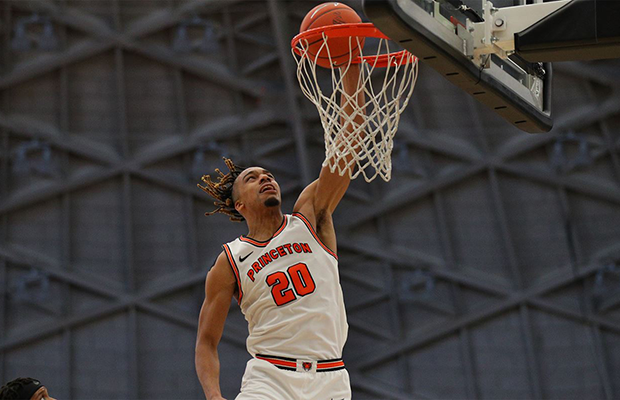 Junior Tosan Evbuomwan has been voted as unanimous Ivy League Player of the Year, along with First Team All-Ivy League.

The former Newcastle Eagle becomes the first Brit to win the award since Ugonna Onyekwe who won it back to back in 2002 and 2003.

He helped Princeton to the Ivy League regular season title with a game-winning layup, and scored a career-high 27 points on 10-for-17 shooting at Cornell University earlier in the season.

He has handed out a career-high eight assists on two occasions and also grabbed a career-high 11 rebounds in Princeton’s 81-75 victory at Yale in February.

He was named to the 2021 Asheville Championship All-Tournament Team, and his 124 assists so far in 2021-21 currently ranks No. 7 all-time for most assists in a season in school history.