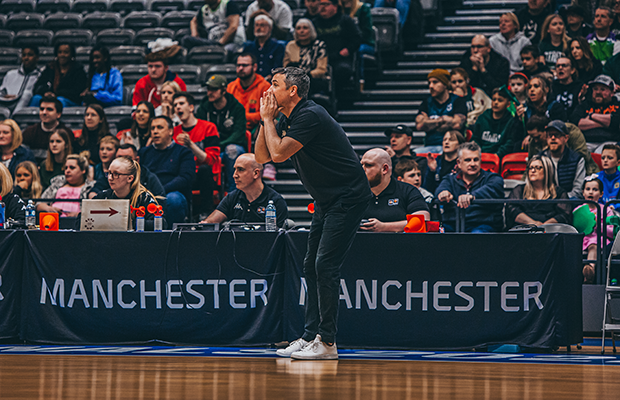 Lloyd Gardner has departed Manchester Giants to take the Head Coach role with the Surrey Scorchers, the team have announced.

Gardner takes over at the helm of Scorchers after departing Manchester where he delivered their most successful season since the franchise revived in 2012.

“I’m delighted to be given the opportunity to lead the Surrey Scorchers and hoping to be part of building a successful franchise,” Gardner said.

“I look forward to meeting the Scorchers fans and can’t wait for our first game and the upcoming season.”

As Head Coach of the Manchester side, Gardner delivered a 5th place finish in the British Basketball League and led the team to their first BBL Cup final falling short to the Leicester Riders.

A former GB assistant coach, previous to Manchester, he was with the London City Royals before they went into administration, having made the leap into the BBL after overseeing the renowned Barking Abbey basketball academy in East London for over a decade.

Speaking of his departure from Manchester, Gardner added:

“My time in Manchester has been memorable. Thank you to the staff, players and fans for the support I received throughout my short time. I look forward to following the franchise move forward from the foundations we have established. At this moment I felt it was best for myself and my family to look for other opportunities.”

“We are incredibly excited to bring Lloyd in to lead the Scorchers Franchise. He has proven himself in British Basketball achieving success with Manchester Giants last season and his work with young player development at Barking Abbey Basketball Academy.

“As our club grows, change is always going to be prevalent, and Lloyd will be a great asset for the future of the programme and the continued development of Surrey Scorchers both on and off the court”.