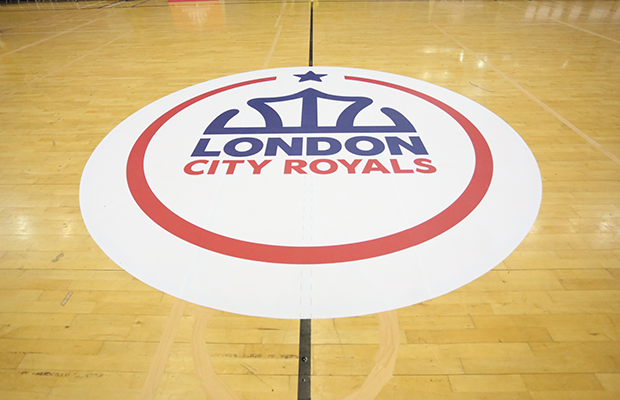 London City Royals have officially withdrawn from the BBL and folded, the club has announced today.

It marks the end of an up and down season and a half in the country’s top tier competition that saw them go from the peaks of winning the 2019 BBL Trophy, to having postponed two games this season and releasing statements revealing uncertainty about the financial viability of the club.

Following MVP’s Mark Woods breaking the story earlier this week after rumours were swirling, and players then tweeting the club had folded, Royals chairman Jon Sawyer released the following statement on their website this morning:

“Following an EGM, it is with deep regret we announce shareholders have voted unanimously that ABC Basketball Limited T/A London City Royals should cease to operate with immediate effect, pending liquidation.

“The Royals had a very successful first year winning the BBL Trophy and playing in the BBL Play-Off finals at the O2. Prospects for the current season were also very promising. Our vision for the Royals to create a brand that was a real ‘Force for Change’ by creating a pathway for young Londoners to achieve improved life outcomes through basketball and our elite team was something that achieved great resonance in many circles. Our vision for basketball has been well documented – we all believed in the Royals being a medium for sporting and social change in London.

“However, the financial pressures of operating a London based club together with the failure to secure additional investment and sponsorship contracts has meant that the operation of an elite professional team in the BBL is no longer viable and so we must cease trading with immediate effect.

“We would like to take this opportunity to thank all our fans, team members and playing staff for all their support during our all too short existence.”

“We are obviously very disappointed by the Royals’ decision to withdraw from BBL, which will be felt across the basketball community.

“Our thoughts are particularly with Royals’ players, staff and supporters, for whom this will be an extremely difficult time.”

Coming into their debut 2018-19 season amidst a lot of fanfare under the moniker ‘a force for change’, they prided themselves on signing top British talent to return home. However, it came at a price; it is no secret the Royals comfortably had the biggest payroll in the league. It was not long before the ownership reportedly began to realise their budget was neither necessary, or sustainable.

Spending was said to have began to be reigned in, before Head of Operations Nhamo Shire and Sawyer parted ways, and Head Coach Junior Williams soon followed, with it being believed the ownership wanted to start afresh.

Unable to retain the services of star duo Ashley Hamilton and Matthew Bryan-Amaning coming into this season, both of whom are reported to be in a dispute with the club about unpaid wages, they managed to bring in the likes of GB internationals Andrew Lawrence, and Will Saunders, along with Matt Scott – a front runner for the MVP this year, plus the Lithuanian Lavrinovic twins – and their early success on the court spearheaded by coach Lloyd Gardner masked over the turmoil behind the scenes.

With the funding sources unwilling to continue pouring their money into the project, it was also proving difficult to raise the investment necessary to keep the club functioning, whilst willing sponsors proved scarce.

Multiple people close to the club lamented the little infrastructure in the local community that had been set up (notably, ownership are understood to have since acknowledged they now believe the only way to grow a successful franchise is from grassroots level up as opposed to from the top down), and with Crystal Palace already being a notoriously difficult venue for people to travel to, it all came to a head with the postponed game against Glasgow Rocks on December 7.

From there, things didn’t get any better, with another postponed game on December 28 against Surrey. And though various investors are said to have shown interest, it is believed they were unwilling to put the money in at such short notice, forcing Sawyer to fold the club.

The London City Royals have folded making me no longer a member of that club.

Players and staff of the club have reportedly not been paid in full for at least two months as they have all began the process of finding new jobs; a difficult task at this point in the season. Meanwhile, displeased fans on social media are demanding refunds of tickets purchased for postponed games.

The Royals finish with a 37-25 record in all competitions in their existence. Their four games in this year’s BBL Championship will be removed from the records, whilst Bristol, who were due to be Royals’ opponents in the BBL Trophy Quarter-Finals, will now receive a bye to the Semi-Finals.