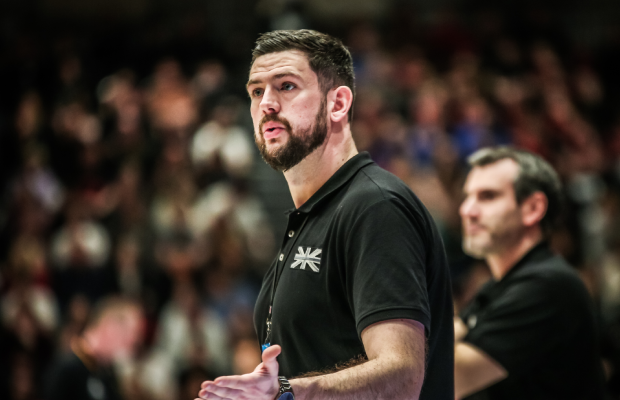 Newcastle Eagles have confirmed the appointment of Marc Steutel as their new head coach for the 2022-23 BBL season.

Steutel has been GB’s acting head coach during international windows having helped lead the nation to EuroBasket 2022 qualification.

The Eagles missed out on the BBL playoffs for the first time in over two decades this season and announced that Ian Macleod would no longer be the head coach with Steutel now confirmed as the replacement.

“Every step of my coaching journey has involved significant touch points with Newcastle Eagles and that’s why I’m overjoyed to be the new head coach,” Steutel said, via release.

“Timing is everything and it really does feel like the right moment for me to be making this move.

“I’m 37, a British coach and really proud of what I’ve achieved so far. But this feels like the first step on the next stage of my coaching journey.

“Everything that I am as a person and as a coach has led me to this point and I can promise the Newcastle fans that nobody will outwork me.

“I will do everything in my power to give the city, the club and its supporters a basketball team that they can be proud of.”

Steutel took charge of NBL Division 3 side Teesside Lions during the 2021-22 season and led the team to victory in the playoffs with victory over Worcester Wolves.

The move to the Eagles sees Steutel coach in the top-flight for the first time having previously led Team Northumbria in Division 1; winning the league title as well as the National Cup in the 2016-17 season.