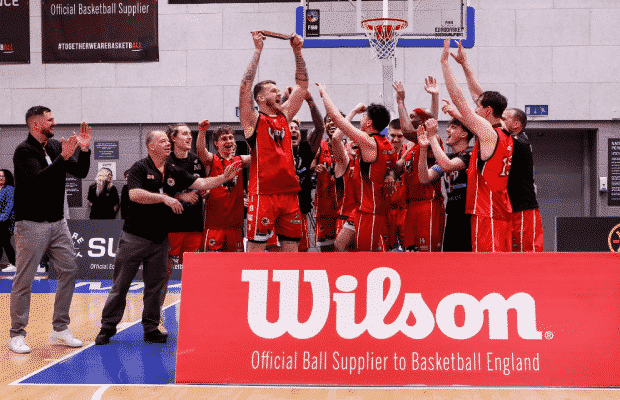 Teesside Lions claimed the 2022 NBL Division 3 Men’s playoff title with a 65-56 win over Worcester Wolves on Saturday at the National Basketball Performance Centre in Manchester.

Marc Steutel – who led GB to EuroBasket 2022 qualification – led the Lions to victory as they backed up their semi-final triumph over previously unbeaten St Helens Saints.

Former England U18 Ross Wilson picked up MVP honours with 14 points, nine rebounds, four assists, three steals and two blocks, as Teesside held off a late comeback from the Wolves.

Siman Stewart – a former D1 winner with Steutel at Northumbria – added 13 points for Teessside, with Carl Alexander and Matt Hughes joining him in double figures with 10 points each.

Ross Wilson bangs one as @TeessideLions lead at halftime in the @NBLengland D3 final! 😤

Worcester, who withdrew from the BBL last summer, were led by a 23-point outing from Ian Vivero Rodriguez in defeat.