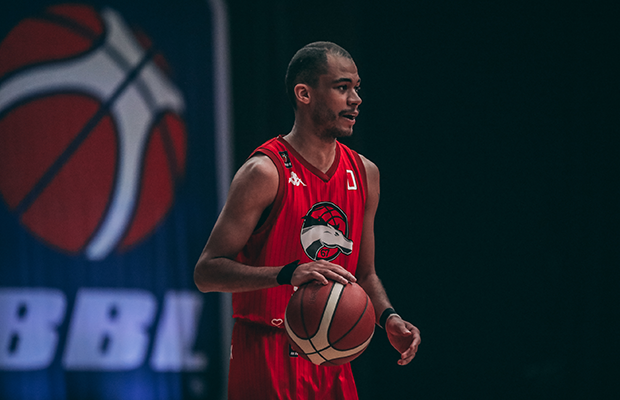 No less than three Leicester Riders representatives have made the 2021-22 Molten BBL Team of the Year, as voted for by BBL Head Coaches, the league has announced.

Patrick Whelan, Geno Crandall and Darien Nelson-Henry all make the cut, along with the London Lions’ Isaiah Reese and Manchester Giants’ Dan Clark. Whelan and Clark were also named to the British team of the year earlier this week.

In similar vein to the British Team of the Year, Whelan was the only unanimous selection to the team, making him a favourite for the season MVP. The 25-year-old helped Leicester Riders win another league title with a team best 15.3 points along with 4.3 rebounds and 2.5 assists per game, whilst shooting 48% from three-point range.

The reigning MVP, Crandall has already added two more trophies to the league title that he won last year and averaged 13.1 points, 6.8 assists, 5 rebounds and 1.8 steals for the season, while shooting over 40% from three.

In his third campaign with the club, Leicester’s captain Nelson-Henry led league in field goal percentage at 64% while averaging 12.1 points, 5.6 rebounds, 1.9 assists and 1 block per game.

Meanwhile, Lions’ Isaiah Reese was the BBL’s leading scorer at 19.3 points per game and also top five in distribution with an average of 6.5 assists per outing, adding 4.1 rebounds and 1.5 steals while shooting 46.5% from the field.

And finally, Clark was rewarded in his return to the UK to play in the BBL. The GB captain led Giants to their first playoff berth since 2014 and the BBL Cup Final, 12.8 points, 7.3 rebounds and 3.6 assists per game as well as 1.4 blocks in 22 league appearances, being far and away the best passing big man in the BBL.