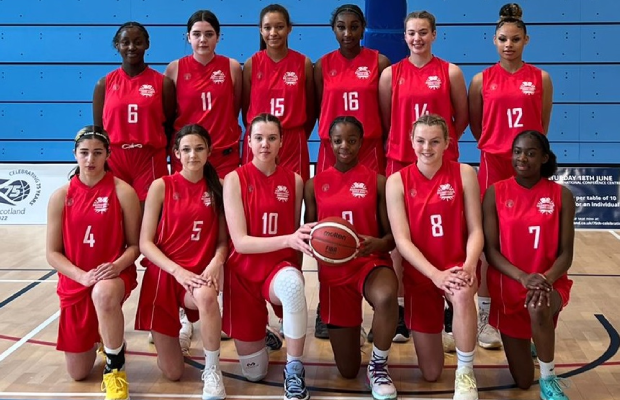 England’s Under-16 Women picked up two wins in the inaugural Four Nations Tournament as Ireland went unbeaten over the weekend event in Dundee, Scotland.

Karen Burton was named head coach for the tournament as England opened with defeat against eventual winners Ireland before bouncing back with wins over Scotland and Wales.

England’s tournament did not get off the best of starts as they suffered an opening 62-81 defeat against Ireland with Irene Oboavwoduo top scoring for the team with 17 points.

However, they responded with a 66-51 success over Scotland as Oboavwoduo and Katie Cox combined for 31 points in the win to finish the opening day. England then rounded off the tournament in style with an emphatic 88-28 victory against Wales with Felicia Jacobs-Abiola top scoring with a game-high 20 points.

Missing the U16s #FourNations2022 already? Don't worry, we've got you covered. Find all the games⬇️