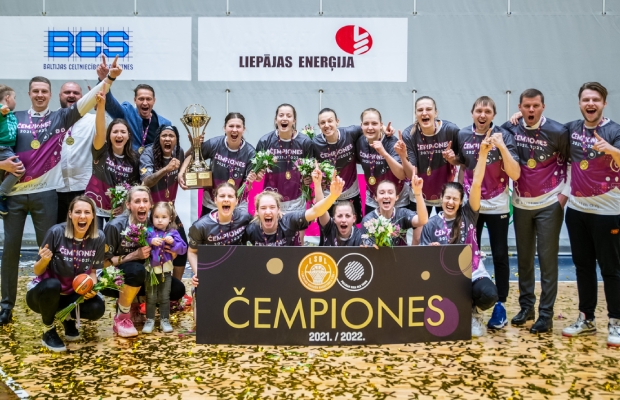 Chantelle Handy has helped Latvian side TTT Riga celebrate a season double after they secured a second title this weekend.

The GB international added another piece of silverware to a long professional career as Riga claimed their 21st domestic Championship with victory over RSU.

Last month, Riga had secured the Baltic Basketball League title with a win against Lithuanian opposition.

Handy averaged 6.7 points with 35% shooting from 3-point range in 19.7 minutes per game across 21 appearances in the competition having also competed in EuroLeague action.

Riga advanced to the playoffs following the exclusion of the Russian clubs, but exited at the quarter-finals stage.