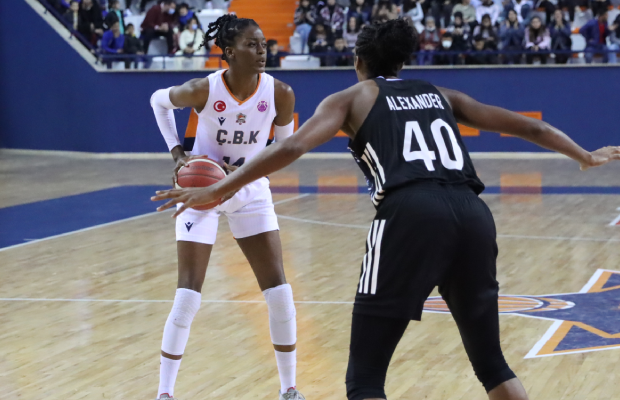 Temi Fagbenle and Kristine Anigwe are heading to the final four of EuroCup Women after Mersin came through their quarter-final tie in dominant fashion.

The Turkish side won the second leg 82-68 on home soil to complete a 27-point victory on aggregate to reach the semi-finals for the first time in their history.

Fagbenle scored 14 points in the first leg without a miss before contributing 16 points on 8-of-9 shooting in the return fixture with Anigwe not playing.

Fagbenle reached the EuroCup final last season when Reyer Venezia lost a heartbreaker against Valencia. Those two teams met again in the quarter-finals with the Italian side winning with Fagbenle now going up against her former side.

In the other last four tie, Galatasaray will take on Bourges, who knocked out London Lions in an earlier round having been beaten in the first leg.