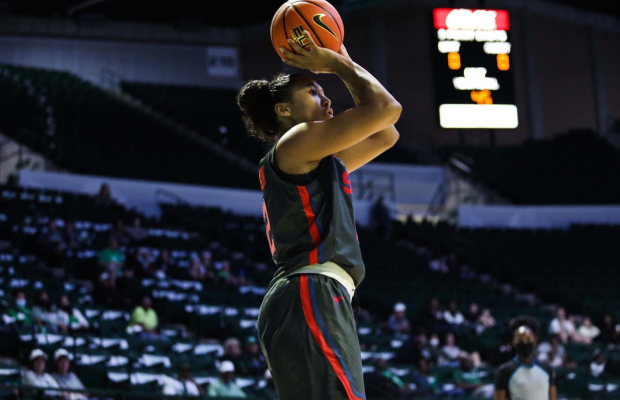 Savannah Wilkinson was named to the All-AAC (American Athletic Conference) second team after an impressive year at Southern Methodist University.

The redshirt senior – who had transferred from Florida State – finished the regular season with averages of 14.1 points and 9.4 rebounds per game having amassed 12 double-doubles throughout the campaign.

Wilkinson netted a college career-high of 24 points against Oklahoma and also hauled in a personal best of 17 rebounds against Tulane in February as part of a five-game double-double streak – also doing so in the first five games of the season.

The former Barking Abbey forward netted 10+ points in all but two games in 23 appearances having also picked up an injury late in the campaign.

Wilkinson helped the Mustangs to a top-four finish in the Conference for the first time, though they are the 5-seeds in the post-season tournament against Temple – splitting their two meetings to curtail the regular season.