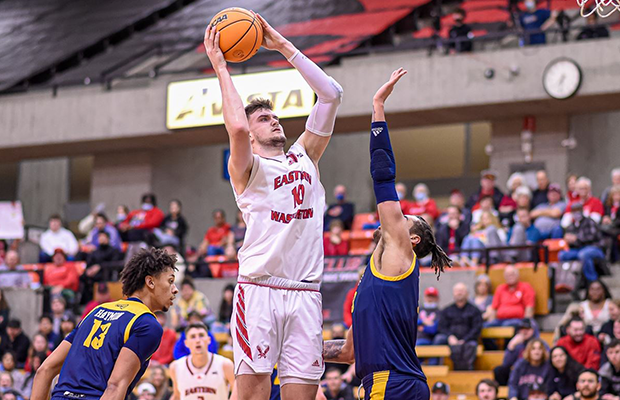 Ethan Price is the Big Sky Conference Freshman of the Year after an impressive first year with Eastern Washington, as announced by the league this morning

The Hoopsfix All-Star Classic alumnus shot 48 percent from the field and 43.2 percent from three-point range, draining 32 triples. He joins Jubrile Belo in the Big Sky Conference end of season awards, after Belo picked up MVP and Defensive Player of the Year.

Price will enter Wednesday’s first round match up against Northern Arizona on a hot streak, scoring in double figures in nine out of the last 11 games, including four-straight.