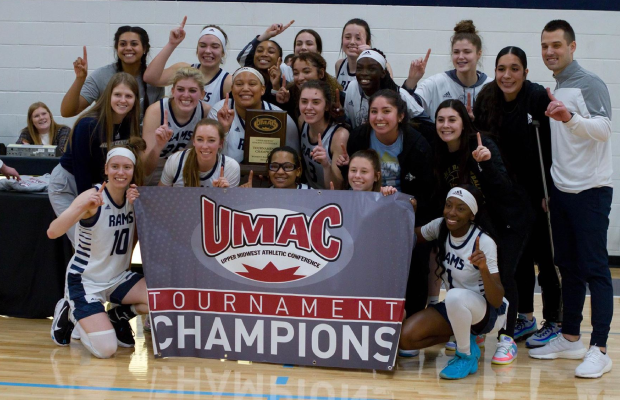 Kadija Conteh was named to the All-UMAC Second team before helping North Central win the Conference Championship for the first time in school history.

The sophomore guard averaged 12.4 points per game with a career-high of 33 points coming in December in a win against Crown College.

Conteh had four other games with at least 20 points and also recorded a double-double with 11 points and 11 assists during the campaign.

North Central finished the regular season with a 10-4 record and entered the post-season as the 3-seeds – winning three straight games with their run culminating in a 52-47 triumph over Minnesota Morris.

FOR THE FIRST TIME IN PROGRAM HISTORY…

The Rams celebrated a first-ever Championship title and booked a ticket to the NCAA Division 3 Tournament, but fell to a first round defeat against Wisconsin Eau Claire as Conteh was held to 2-of-11 shooting for four points.