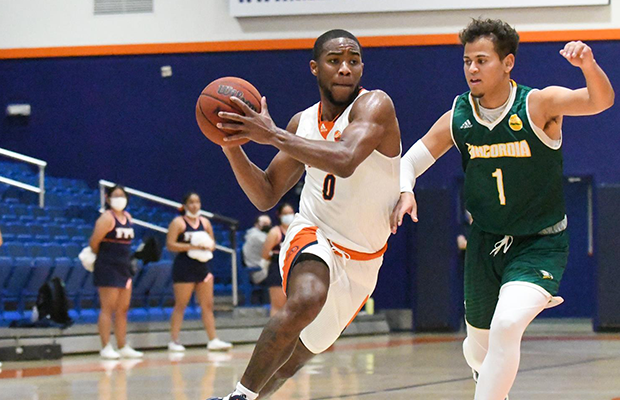 The 2014 Hoopsfix All-Star Classic MVP burst onto the scene this year in his first and only season with the Sunbirds, averaging 19.2 points per game – third-best in the conference and first amongst players who played in 20 or more games.

“For him to come and achieve what he has this year while being invested in our team first, is such a testament to his character and maturity. He’s been an elite leader and teammate, and his humility and IQ make him different than anyone we’ve coached in our time here.

“It’s been a tremendous blessing and honour to coach him, and I cannot wait to see where his career takes him.”

The former Newham Youngblood was stout defensively as well. The Sunbirds led the league in opponents’ points per game, allowing just 65.3 points per game in 26 games. Watson-Gayle led the team with 1.7 steals per game and ranked fourth in the conference in that category.

Watson-Gayle’s season-high came on Dec. 17 against Chaminade when he scored 34 points and made eight 3-pointers. He added seven steals against the Silverswords to complete his best game.

Watson-Gayle and the Sunbirds – who also feature Brit Sean Nealon-Lino – competed in the PacWest Conference Tournament for the first time in program history, falling in the Quarter-Finals on Wednesday.