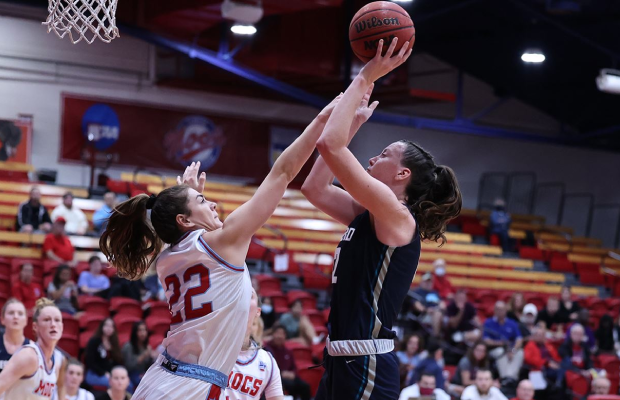 Price had a big year at Eckerd and was named SSC Player of the Year after putting up 14.8 points and 7.1 rebounds per game on the season. The junior centre fired in a best of 27 points back in December and recorded four double-doubles throughout the campaign. 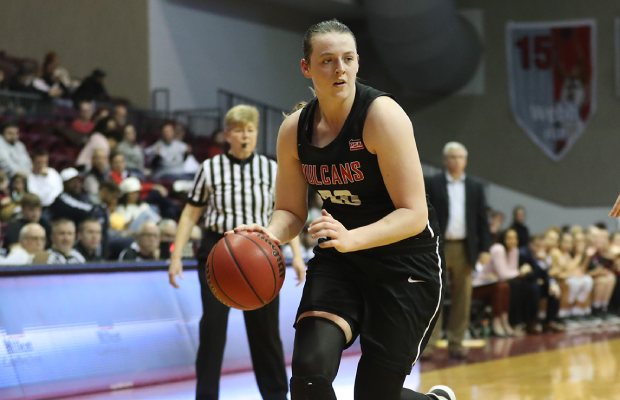 Harrison has played a major role for CalU (PA) down the stretch of their regular season campaign having first hit double figures in scoring at the end of January with a 20-point haul. The junior guard/forward then had a run of seven games in eight with at least 10+ points; culminating in a season-high of 22 points.

The Sheffield native posted a double-double in the semi-final victory over Shepherd and despite losing the Championship game of the PSAC tournament, the Vulcans received an at-large berth and will take on IUP in their opening game of the Atlantic Regional. 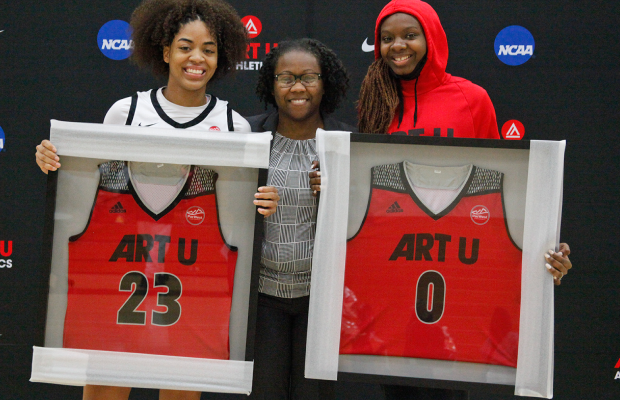 Akako (#0) on senior night at ArtU

Akako is currently recovering from injury so won’t be taking to the court with ArtU having been sidelined since January. The junior guard/forward was recently celebrated on senior night and had bests of five points and seven rebounds against Hawaii Pacific at the start of 2022.

ArtU have an 18-10 record on the season and were beaten by Azusa Pacific in the Championship game of the PacWest tournament. The Cougars face a tough test in their opener as they take on the number-1 seeds in the West Regional, Cal State East Bay.