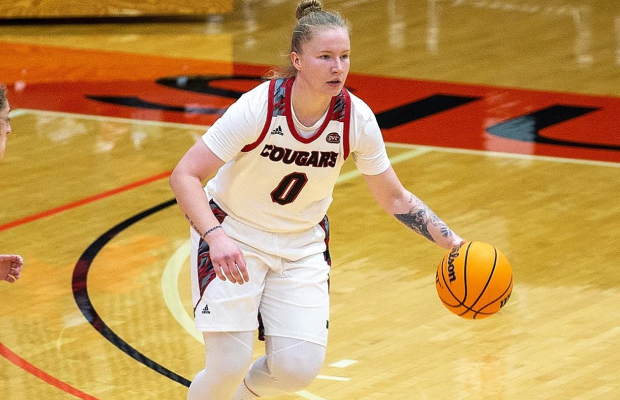 Gabby Nikitinaite has been recognised for an impressive redshirt senior year at SIUE with two awards in the end-of-season honours.

The former Sevenoaks Suns guard/forward earns a spot on the All-OVC first team as well as All-Newcomer team with averages of 13.8 points and 4.9 rebounds per game.

Nikitinaite is the sole SIUE representative in the lineup having made an immediate impact since transferring from George Washington.

The Kent native recorded a season-best of 27 points against Illinois State in one of five games with 20+ points on the season for the Cougars.

Nikitinaite was named OVC Newcomer of the Week on six occasions throughout the season and was also named Player of the Week in December.

SIUE head into the post-season tournament as the #7 seed having finished the regular season with three wins from their last four to finish at 12-17.