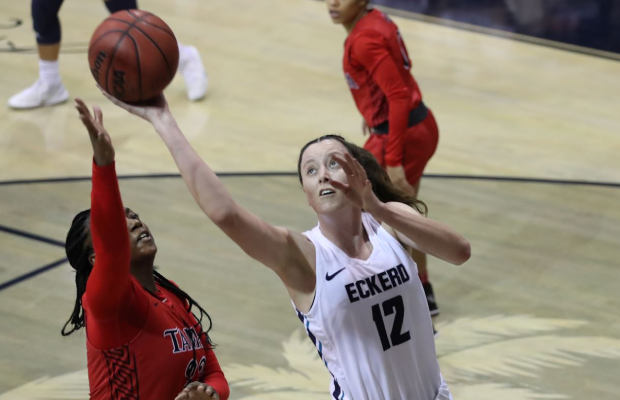 Maya Price has earned top honour in the SSC (Sunshine State Conference) end-of-season awards after being named Player of the Year.

The junior centre finished the regular season with averages of 14.7 points, 7.1 rebounds and 2.3 blocks per game in a dominant season at Eckerd.

Price was also named to the All-SSC first team having led the conference in blocks, whilst ranking fifth in scoring and second in field goal percentage with an efficient 56% accuracy.

The former GB junior international – who played at Ipswich before a year at Northumbria – poured in a best of 27 points in December and maintained a consistent scoring presence throughout the season with five 20+ point games in total.

Price recorded three double-doubles and was also recently named Defensive Player of the Week having registered seven blocks in a single game.

Eckerd finished the regular season with a 20-3 record on the season – going 15-5 in conference play having already advanced to the semi-finals of the post-season tournament.