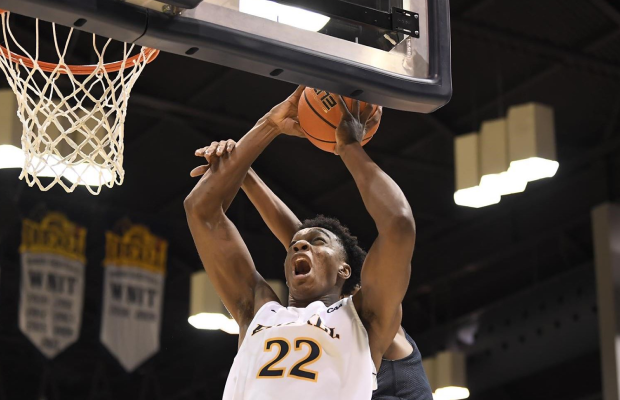 The new year saw more impressive performances from Brits in college and we take a look back on what happened during January.

Amari Williams had a breakout month in the starting lineup for Drexel (9-10) with 15 points before a first double-double of 12 points and 10 rebounds along with five blocks. The sophomore forward then netted a career-high of 17 points, only to surpass it with 21 points along with 12 rebounds in an 88-82 victory.

Fellow Brit Mate Okros hit five triples for 15 points at the start of the month and also recorded six points and six rebounds against Hofstra.

Tosan Evbuomwan continues to star for Princeton (15-4) having netted 22 points against Columbia before a 15-8-5 line in the next outing as well as 21 points and eight assists in a 76-74 victory against Brown. The junior forward also put up 19 points at Dartmouth as the Tigers took their winning streak to six games.

The British trio at Montana State (16-5) all made further contributions to a perfect 7-0 month in January with Amin Adamu going on a run of four straight games in double figures including a best of 19 points against Montana. Jubrile Belo scored 10 points in six of those games with three double-doubles including 15 points and 10 rebounds, while Great Osobor opened with seven and eight points in back-to-back games.

Dan Akin also had a big month with five double-doubles during January for California Baptist (12-9). The graduate student opened with 15 points and 12 rebounds before following with 23 points. Akin posted 16 points and 15 rebounds in an overtime loss to Seattle and also registered 22 points along with 14 rebounds and six blocks in a four-point victory.

Senior forward Kayne Henry started the month with 11 points and six rebounds before netting 16 points in 23 minutes and then going 8-of-9 for 24 points against Bellarmine along with eight rebounds and 2 blocks in a 65-60 win for Jacksonville State (15-6).

Caleb Fuller started 2022 with a season-high of 22 points on 7-of-12 shooting against UC San Diego as UC Davis (8-7) secured a 78-71 success. Micheal Anumba matched a season-high with 18 points on 7-of-8 shooting along with five rebounds for Winthrop (13-8) and also netted 14 points without a miss from the field later in the month with just two defeats in January.

Sam Alajiki earned a second season start for Cal Berkeley (9-12) and produced season-high of 11 points in 24 minutes in a 24-point loss at UCLA, while Jonathan Komagum finished the month with back-to-back 10-point games for Sacramento State (6-11) including in a 61-60 victory with nine rebounds.

There was another season-high as Tariq Balogun put up 16 points on 6-of-6 shooting along with five rebounds and four blocks in a 14-point win for EKU (10-12) having returned to the starting lineup for the first time since November – also recording 10 points and seven rebounds later on.

Ethan Price had 17 points for Eastern Washington (11-1) before finishing the month with 16 points against Weber State to take the scoring average to just shy of 10 points per game on the season. Freshman Jeremy Sochan netted 12 points without a miss for Baylor (19-3) before a season-high of 17 points along with eight rebounds in a nine-point loss at Alabama.

Meanwhile, Gedi Juozapaitis matched his season-high of 15 points from the opening night in a 74-73 OT triumph off the bench for Georgia Southern (11-9); also scoring 10 points in a return to the starting lineup as well as 11 points in a third straight loss later in the month. Shaquille Walters netted 23 points in 38 minutes off the bench in a four-point OT loss for Northeastern (6-15) as part of an 11-game slide before returning to the starting lineup with two games with 13 points.

Zion Tordoff had back-to-back games with 12 points for Houston Baptist (6-13) in a run of seven appearances scoring at least nine points, while RJ Eytle-Rock scored a season-high of 18 points in the first game of 2022 for Utah State (12-9) and reached double figures in scoring twice more in January.

There was a first start for Vasja Pandza at Seattle (17-4) with a season-high 14 points followed by a return to a role off the bench with another 14 points to close out January to cap a perfect month for the team. Josh Uduje started 2022 with a season-high of 15 points and eight rebounds in a one-point loss for Coastal Carolina (12-9) and also had 14 points and then 13 points in a 76-72 victory during an extended run in the starting lineup.

Matt Marsh had seven points without a miss along with four rebounds in 10 minutes of action as Wake Forest (17-5) beat North Carolina by 22 points with fellow Brit Cam Hildreth playing 24 minutes against Duke with four points and eight boards in a 12-point loss.

Daniel Ogoro went 3-of-3 for a best of eight points for Youngstown State (12-10), while Eduardo Andre netted six points for Nebraska (6-15) in 14 minutes at Rutgers, Alex Tew posted seven points for Weber State (17-5) for his best since the opening night and Robinson Idehen had nine points for UC Santa Babara (8-8) having been out of action.

Jelani Watson-Gayle is now averaging 20.0 points per game on the season after starting 2022 with back-to-back 20-point games for Fresno Pacific (13-4) including a double-double before pouring in 32 points with 15-of-15 free throws. The guard continued the hot scoring streak throughout the month and closed January with a 24-point haul.

Teammate Sean Nealon-Lino hit double figures for the first time with 10 points against Holy Names in a 20-point win to go with seven rebounds and two steals off the bench, whilst also recording six points and four rebounds in a later game.

Sesan Russell netted 20 points in a game on two occasions for Florida Tech (9-9) as they endured a tough month without a win. Russell also had a 14-6-7 stat-line with successive games playing 40 minutes, while it was a big month for

Niall Harris had a big month for Florida Tech (9-9) with three consecutive double-doubles including a career-high of 26 points on 11-of-15 shooting along with 10 rebounds before completing the streak with 13 points, 12 boards and five assists having earned a starting role. Sam Grant also started for the first time, while Sesan Russell had two games with 20 points as well as a 14-6-7 stat-line as their side failed to win in January. 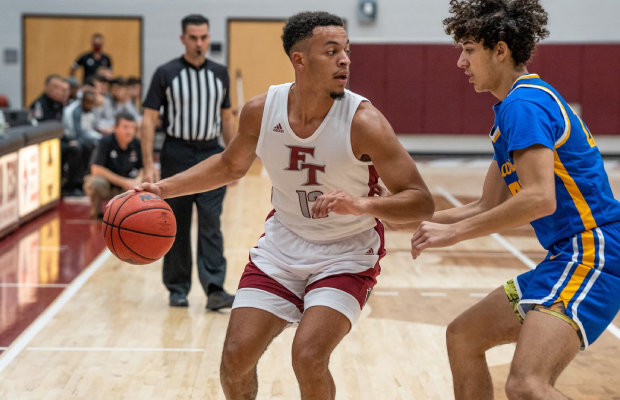 Josh Apple followed up a near double-double to start the year with 17 points and 12 rebounds for ECU (8-10) before exploding for a career-high 31 points at Southeastern Oklahoma with 13-of-24 shooting in 47 minutes of their epic 115-113 triumph. The redshirt senior completed the month by extending his 10+ points scoring streak to seven games.

Meanwhile, Tomiwa Sulaiman had a run of starts in January for IUP (18-2) with back-to-back eight point games before recording a season-high of 10 points along with eight rebounds against Mercyhurst – reaching double figures for the first time.

There was a season-high for Robin Bedford with 13 points for Newberry (9-9) with three triples to earn a run of consecutive starts as Callan Low also netted three points.  Sean Trumper had seven points for Franklin Pierce (10-5) in a three-point loss before firing in 17 points on 8-of-11 shooting to lead the team to a 96-68 win.

Nathaniel Powell built on a strong showing in December with four games in double figures this past month for UM-Crookston (8-14) with a best of 12 points against Winona State before posting a first double-double with 12 points and 11 rebounds against Wayne State in a 16-point win.

Obi Agu posted a season-high of 12 points off the bench in 37 minutes for Northeastern State (10-10) before recording seven points and five assists, while Matthew Allman had two games in double figures with a combined 5-of-11 shooting from three-point range for Glenville State (7-10).