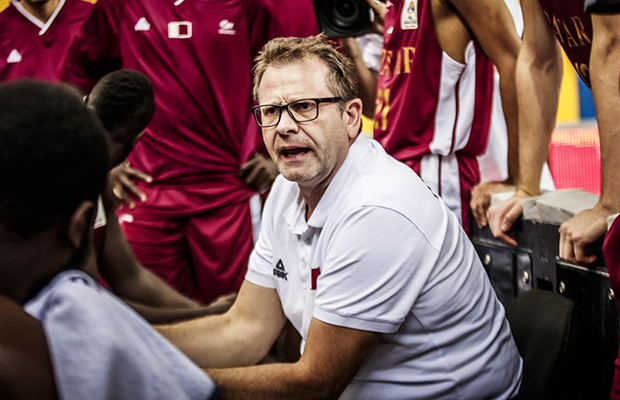 Tim Lewis has become the first British-born and developed coach to be on an NBA bench, joining the staff of the Minnesota Timberwolves last month.

This season Lewis is the Associate Head Coach of the Iowa Wolves, Minnesota’s G-League squad that serves as a feeder team for the NBA side, replicating their offensive and defensive schemes.

His NBA call up came December 23, with his first game against Boston – where Tim attended High School.

“The first game was against Boston, so it was a surreal thing,” Lewis told Hoopsfix.

“You stand there kind of pinching yourself, like am I really standing here. And I had the biggest smile – the mask hid it – but it was a surreal moment, one of those moments you will cherish for a long time.”

Lewis, who was an assistant with the Great Britain Senior Men’s Olympic squad and formerly Head Coach of the GB Under-20 programme was called up for five games against the aforementioned Celtics, plus the New York Knicks, Utah Jazz, Los Angeles Lakers and Clippers, serving under former GB Head Coach Chris Finch, who now heads up the Timberwolves.

Lewis worked closely with Timberwolves assistant Pablo Prigioni, identifying offensive schemes they could exploit, along with reviewing plays to determine whether challenges should be made on the calls.

“Having a wealth of experience and knowledge from a variety of different levels and the way my pathway has grown, it put me in the perfect position to be prepared for what came at me,” Lewis added.

“I think it’s just been a part of everything I’ve always done – you just absorb new positions and new opportunities, and you learn and grow. I didn’t feel out of place, I felt it was somewhere I should be. The organisation were extremely welcoming and it was great to be back there in the trenches with Chris.”

Jamie Smith was the first British developed coach to be on an NBA coaching staff, serving with the Cleveland Cavaliers in 2010 on the video-analysis side. Current GB Head Coach Nate Reinking joined the Cavs bench earlier this season and Fab Flournoy is currently working with Toronto Raptors in a video coordinator and player development role, though both are naturalised British citizens.

There are other Brits to serve on NBA staffs; most notably Scot Alex McKechnie, a physiotherapist who has won six NBA championships (five with the Lakers and one with the Raptors) and is currently the Vice President, Player Health and Performance in Toronto, while more recently, Joe Pinchin joined the Chicago Bulls as Manager of Digital Content.