Jamila Thompson back in the WBBL, signs with Sevenoaks Suns - Hoopsfix.com

Support
Home / News / Jamila Thompson back in the WBBL, signs with Sevenoaks Suns

Jamila Thompson back in the WBBL, signs with Sevenoaks Suns 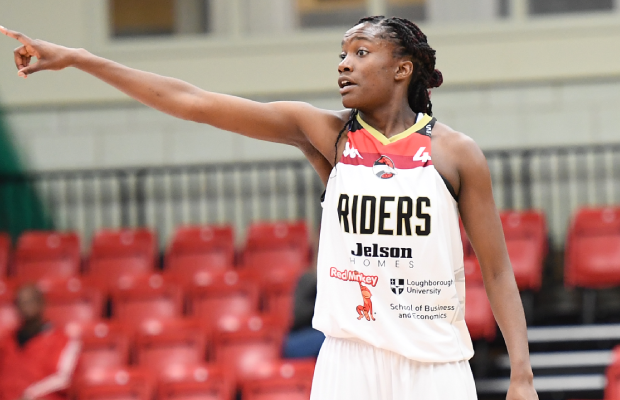 Jamila Thompson is back in the WBBL for the upcoming 2021-22 season after signing with Sevenoaks Suns.

The former Leicester Riders forward spent two years in the league before heading overseas with spells in Spain, Portugal and most recently, Czech Republic.

“I am very excited to be back playing in the WBBL and I’m looking forward to having some fun this season playing for the Sevenoaks Suns – I can’t wait to see how things go.”

Len Busch added: “I’ve known ‘Jam’ since she was a junior in London. We’ve talked over the years about her playing for Suns and this year it finally worked out.

“I’m looking forward to coaching her and I think with her passing and energy she will thrive with us.”

Sevenoaks have also confirmed the signing of American guard Frankie Wurtz, who spent last season in Luxembourg in a first year as a pro out of Green Bay University.

The Suns previously announced the re-signings of current league MVP Cat Carr and Renee Busch alongside the returns of Julia Koppl and Judit Fritz.

Check out the signings from across the league with our WBBL rosters tracker, HERE.