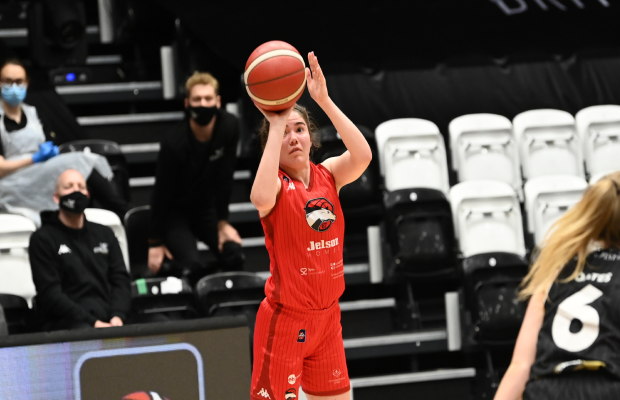 Hannah Robb and Anna Lappenkuper will link up in the Leicester Riders back-court again next season after their returns were confirmed.

The club announced Canadian guard Brooklyn McAlear-Fanus as their first new signing of the season with Robb and Lappenkuper back for their second seasons at the club.

Robb made the switch from Caledonia Pride in the summer of 2020 and has become a GB Senior international, while Lappenkuper arrived out of college having represented Germany at Under-20 level.

“I’m very excited to be back for another year with the Riders,” said Robb, via release. “It’s a great opportunity for me to continue to grow individually and with the team. I had a lot of fun last year and I’m eager to get back out there and build upon what we achieved last season.

“It will be great to meet the new players as well as seeing some more familiar faces. I’m really looking forward to what will be another competitive and exciting year for this team.”

The Riders have also added exciting talent Louise Rouse – as confirmed by her former club Oaklands Wolves – whilst GB duo Holly Winterburn and Azania Stewart have both left to join London Lions.

Earlier on Friday, Sevenoaks Suns confirmed the returns of European duo Julia Koppl and Judit Fritz to add to their squad for the coming season. All WBBL signings in our roster tracker, HERE.