Melita Emanuel-Carr next to sign for Gloucester City Queens - Hoopsfix.com

Melita Emanuel-Carr next to sign for Gloucester City Queens 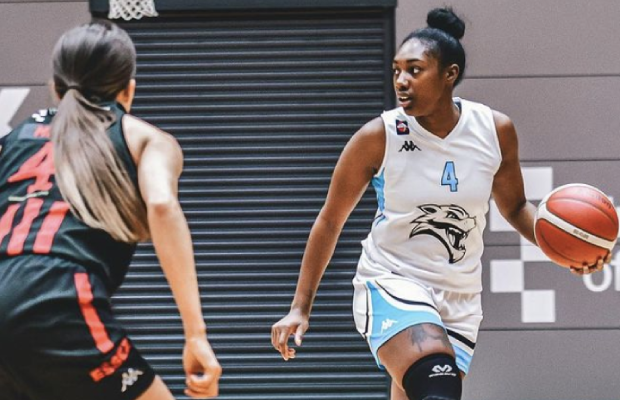 Melita Emanuel-Carr has become the third player to be announced by Gloucester City Queens ahead of their debut season in the WBBL.

The GB international spent the second half of last season with Oaklands Wolves having returned from a long injury layoff sustained at the start of the 2019-20 season.

Emanuel-Carr averaged 8.6 points and 4.7 rebounds per game with a best of 19 points before missing the final weeks of the season.

“I am excited to start this new adventure with the Queens,” said Emanuel-Carr, via release. “I am fully recovered from injury so it’s a fresh start for me. I believe we can come into this league and be very competitive in our first season, so I’m excited to get going.”

The Queens add the experience of Emanuel-Carr to the signings of Marlee Ball from Cardiff Met Archers, and Layla Hall, who joins from WNBL D1 side Worcester Wolves.

Emanuel-Carr played two WBBL Cup games for London Lions previously and was also part of the England team that won a silver medal at the 2018 Commonwealth Games.