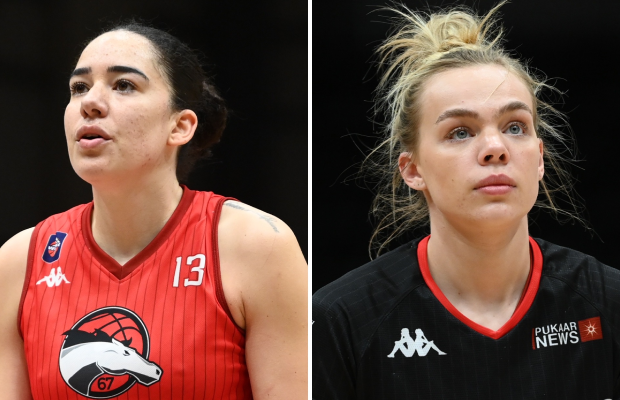 London Lions are in the process of completing the signings of Azania Stewart and Holly Winterburn with Jo Leedham-Warner set to follow, Hoopsfix can reveal.

The club are understood to be in the final stages of agreeing a deal for Leedham-Warner, who has been out of the game since the Olympic Qualifiers having given birth earlier this year. The GB star is believed to have turned down multiple offers from Europe in order to play in the WBBL for the first time, re-uniting with fellow Olympian, Stewart. They bring considerable extra firepower to the Lions roster ahead of their first-ever venture into European competition following yesterday’s confirmation they will compete in EuroCup Women qualifiers as club owners 777 signal their intent to grow the women’s programme alongside the men.

Winterburn and Stewart are set to join from Leicester Riders with the Lions agreeing a buyout with their rivals as Winterburn had signed a three-year deal upon return from college last summer.

The 20-year-old claimed a third successive Young Player of the Year award to cap an impressive return to the league – putting up career-best numbers – helping the Riders to their first WBBL Cup success and would form an exciting back-court partnership with Kennedy Leonard.

Meanwhile, Stewart came out of retirement to join the Riders midway through the 2020-21 campaign, quickly getting back up to speed and went on to make the All-British and All-Defensive Team of the Years with 10.9 points, 8.8 rebounds, 2.9 assists and 1.9 blocks per game.

Leonard signed a two-year extension to remain at the club with Chantel Charles signing a two-year deal last summer, while the majority of last season’s squad are also expected to return.