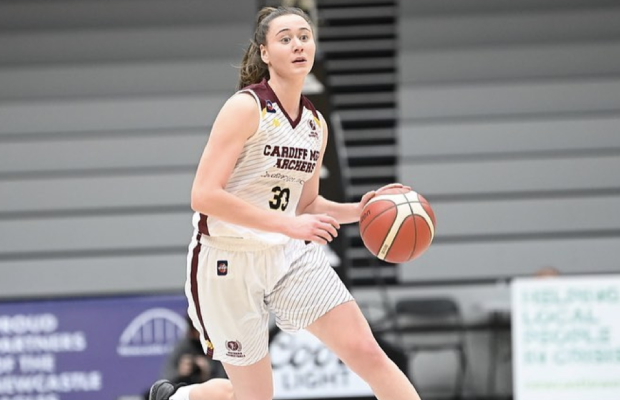 Marlee Ball has been confirmed as the first signing for new side Gloucester City Queens ahead of the 2021-22 WBBL season.

The British-Canadian forward makes the switch from Cardiff Met Archers after a strong debut season in the WBBL with averages of 14.5 points and 6.4 rebounds per game.

“I am extremely excited and grateful to be representing the Gloucester City Queens in their first season ever in the WBBL,” Ball said, via release. “I’m honoured to also be the first signing in franchise history.

“The vision Jay (Marriott) has for the franchise is something that I was really drawn towards. I think it’s important to have the focus on the women’s side for this season. It’s something that’s not common in sports and is a huge step in the women’s basketball community.

“I like his outlook on the game and where he envisions the success of the team. The basketball scene in the UK is growing and I believe the franchise will have a lot of success in the near future.”

Ball had joined Cardiff in January of this year having graduated from Carleton University in Canada and was one of the key figures on the team, despite the Archers missing out on the playoffs.

Gloucester City became the 13th team in the WBBL this season after their application was approved – joining Sheffield Hatters, who return after a year hiatus, as the new additions for the 2021-22 season.