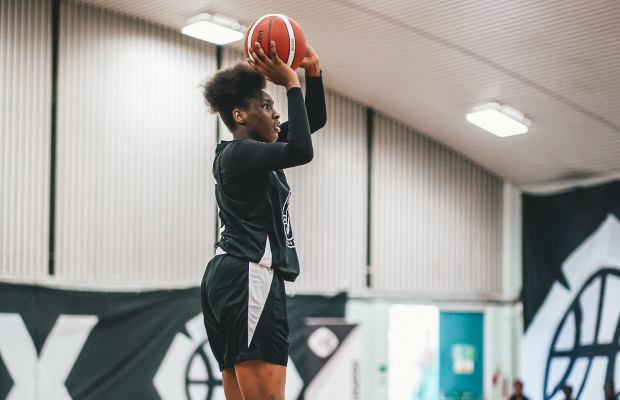 The 2003-born forward will spend one final season with Ipswich and Copleston before becoming the latest player from the club’s programme to secure a scholarship to play in the US college system.

Rafiu recently played at the 2021 edition of the Hoopsfix All-Star Classic, featuring for Team Black in the second-ever Under-19 Women’s game.

“I’m really excited to have committed to the admissions process with Columbia University,” Rafiu said, via release. “They are a great fit for me both academically and for the next step in my basketball journey.

“The recruitment process has been a great learning experience for me and I am grateful for all of the interest I have received, but the relationship I have developed with the staff at Columbia has been a major factor in my decision.

“I am excited to have a successful final season in the UK with Ipswich before heading over to the States.”

Ipswich head coach Nick Drane added: “The recruitment process for Susannah has been incredibly unique, we were able to draw on the experience of working with other top-level prospects from our programme, but of course when you add in the COVID factor, it’s added another layer to consider.

“It is no surprise that Susannah has been in such high demand – she is one of the most exciting prospects not only in our programme, but in the whole country and Columbia are getting a player with genuine next level potential.

“I am incredibly proud of Susannah, as is everyone in Ipswich and we are all excited to see her perform in her final season with us before her next step.”

Rafiu was named MVP after leading Ipswich to U18 National Cup success in 2020 having been part of the senior team’s league and playoffs double this past season with key contributions from the bench.