Deane Williams signs in France after two years in Iceland 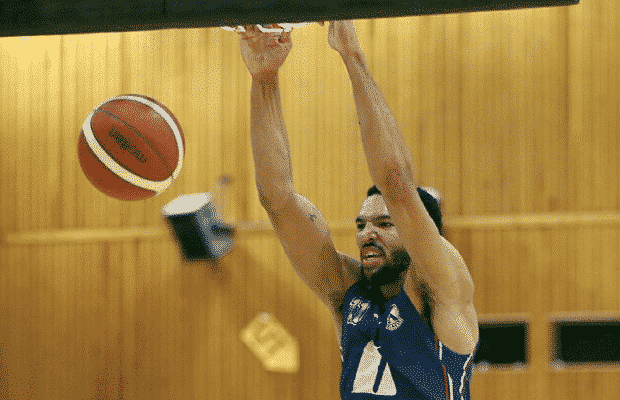 Deane Williams is venturing into central Europe for his third season as a pro after signing with Saint-Quentin in the third tier of France.

The 1996-born forward spent two seasons in Iceland with Keflavik – helping his team to the playoffs final in the recent campaign, though it was fellow Brit Callum Lawson who celebrated winning the Championship with Thor Thorl.

Williams averaged 18.5 points and 10.5 rebounds per game as one of the standout players in the league having also nearly posted a double-double across his rookie season that was cut short due to the coronavirus pandemic.

The former GB Under-20 international spent four years at NCAA DII school Augusta with increasing productivity and now turns his attention to Pro-B in France.

Williams becomes the latest Brit to play for Saint-Quentin, who had Akwasi Yeboah on their books last season as the club claimed a third place finish with 22 league wins.

Update: Akwasi Yeboah signed for Saint-Chamond and is set to come up against Williams in Pro-B action.