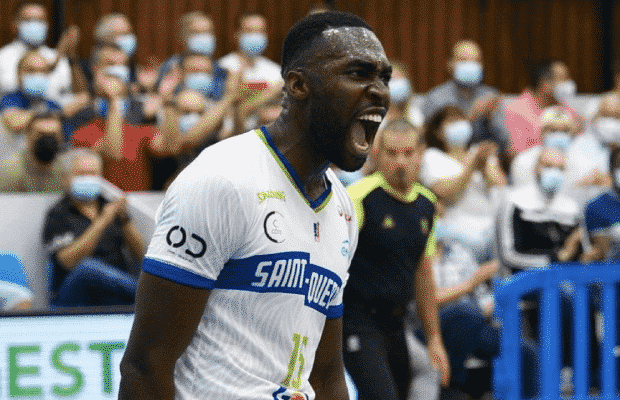 Akwasi Yeboah will stay in France for the second season of his pro career after signing with Pro-B side Saint-Chamond, the club announced.

The 1997-born forward spent last season with Saint-Quentin in the same league with averages of 12.3 points and 3.9 rebounds per game as a rookie.

Yeboah will go up against his former team in the upcoming season in a matchup that will also see a battle in the paint against fellow Brit, Deane Williams – who recently made the switch.

Yeboah was part of the GB Senior squad during the successful FIBA EuroBasket 2022 qualifiers and saw minutes in the tough 23-point loss against France in the November window.

The 24-year-old finished his college career with Rutgers as a graduate student after four years at Stony Brook having previously been part of Kent Crusaders’ young NBL Division 1 title-winning squad of 2015.

Saint-Chamond finished with an 11-13 record in Pro-B last season, finishing third from bottom in the league standings.

Check out episode 85 of the Hoopsfix Podcast with Akwasi, below: