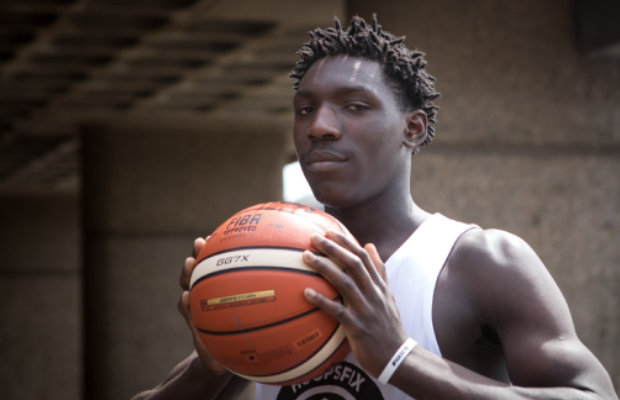 Sam Alajiki has been drafted in to compete in the Under-19 Men’s game at the 2021 Hoopsfix All-Star Classic as a replacement for Sultan Adewale.

The Ireland junior international was initially unable to participate in this year’s Classic, but has become available to add star quality to the game, while Adewale took the decision to withdraw due to personal reasons earlier this week.

“It’s more than a pleasure to be part of the Classic again,” he told Hoopsfix. “I’m looking forward to showing what I got in my bag and seeing the level of UK basketball this year.”

Alajiki spent the past season in America at St Benedicts Prep in Newark with the 2002-born forward committed to NCAA Division 1 school Cal for the 2021-22 season meaning this will be his final game in the UK before returning Stateside.

At the 2019 event, Alajiki made a splash after impressing the Brixton crowd and judges to win the Dunk Contest with a score of 32 enough to beat Veron Eze in the final, whilst also playing in the Underclassmen game for Team White.

The duo will be team-mates in Saturday’s game with Alajiki replacing Adewale on Team Black with the rosters having been revealed on Monday.

The Under-19 Men’s game is set to tip-off at 5pm on Saturday with the entire event streamed live at hoopsfixallstarclassic.com