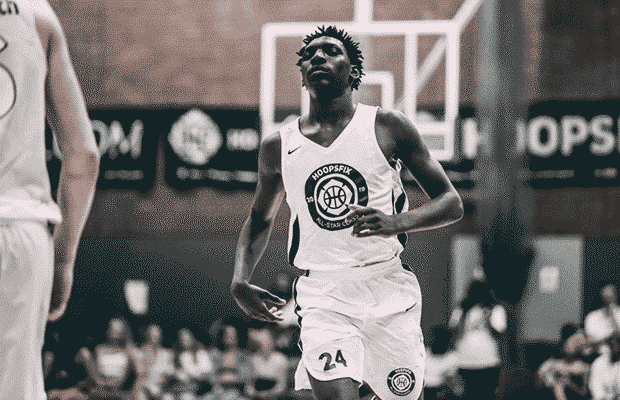 The 6’7″ small forward, who started playing with the Kent Crusaders at 12 after moving to England from Ireland, left Barking Abbey mid-season last year to join Beckley Prep in the US for the 2019-20 season, before joining St Benedicts Prep in Newark this season.

“In the end, choosing Cal was easy for me,” Alajiki, a two-time Hoopsfix All-Star Classic selection, told Hoopsfix.

“Coach Mark Fox is a great coach and our personalities match up extremely well. It is also a great academic school which my parents like.

“I see myself playing that big guard/wing role. Running, gunning, and everything in between. I’ve shown that I can do any job asked of me during my high school career. They want me to score the ball coming in and that’s what I plan on doing.”

Alajiki was also considering Stanford and Georgetown, amongst his 17 Division One scholarship offers.

“I’m definitely most looking forward to being at a place where I can put all my focus into being a pro,” Alajiki added when looking ahead to next season.

“With the help of the Cal staff and my teammates, I feel like I can reach my goals sooner rather than later.”

Alajiki, who represents Ireland on the international stage after being unable to obtain a British passport to play for Great Britain, becomes the third Brit in the Class of 2021 to sign for a high major program, joining Cameron Hildreth at Wake Forest and Jeremy Sochan at Baylor.

He becomes the first British developed player to join Cal since Kingsley Okoroh, who graduated in 2018 and now plays for the London Lions, whilst former GB guard Richard Midgley also attend Cal from 2002-2006.