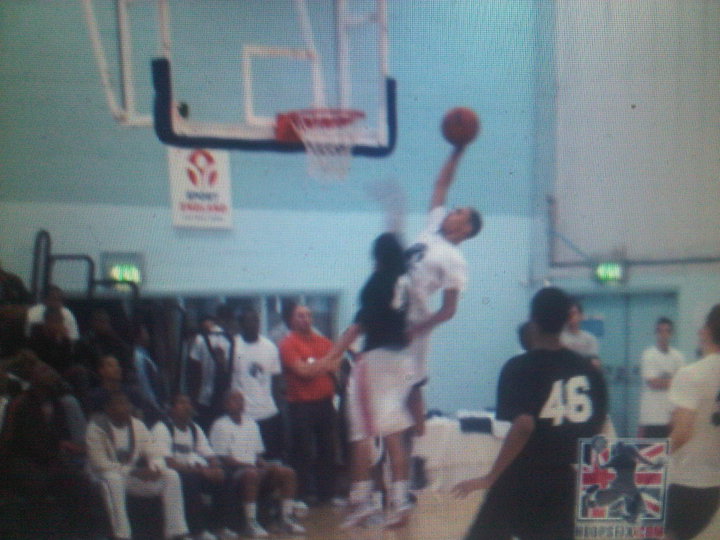 The finish line is in sight for the 2020-21 WBBL Championship regular season with lots still to be determined in the final few weeks.

The top three sides all have 14 wins, the next three all have eight wins, the following three all with 11 losses and then the bottom two have the same record and can still make the playoffs. Buckle up.

Is there any stopping Sevenoaks from another unbeaten Championship campaign? In the midst of a gruelling schedule to finish the regular season, the Suns continued their charge to the title with four wins in the past week to move into top spot in the official standings – winning three of those by 25+ points.

Len Busch’s side defeated Cardiff twice in the week with Cat Carr recording a triple-double to cap the victorious four-game stretch on the road on Sunday. The MVP candidate top scored in each encounter with wins also coming over Oaklands and Caledonia with the experienced roster coming to the fore.

Run-in: The Suns still have six games left in their pursuit of the league title with two games against Leicester to follow this week’s triple-header against the three teams battling for fourth spot.

The Lions came through a major scare in Scotland in midweek having been down four senior players before enjoying a more comfortable success on the road closer to home at the weekend in beating Essex with Shanice Beckford-Norton returning to action with a 27-point haul.

Kennedy Leonard poured in 29 points in the six-point win over Caledonia with Stephanie Umeh adding 26 points and 11 rebounds in a starting role. London used an 18-30 final period to get the job done, and came out firing against the Rebels with a 16-29 opening en route to their 14th league win to stay in contention.

Run-in: The Lions likely need Sevenoaks to falter three times in their final six (could be two in a three-way tie), but still face Leicester twice in their final four in what might be decisive in the battle for second place.

That’s now eight straight wins for the Riders and perhaps their most convincing came in their most recent encounter as they brushed aside Nottingham on Sunday by 38 points to follow up a similarly dominant victory away in Durham.

Holly Winterburn led the way against the Wildcats with a 21-8-7 line with Hannah Robb also adding 21 points, while Amber Smith had top scored against the Palatinates with 17 points as five players hit double figures having been without Ella Clark for the trip.

Run-in: Their defence is looking formidable again, but stern tests are coming in the shape of Sevenoaks (x2) and London (x2), whilst also facing Essex – their only league defeat to date – as part of their final five games.

Nottingham have moved into a tie for fourth spot in the league, but do hold the head-to-head over Manchester following their 11-point victory in midweek that completed a season double. They endured a tough afternoon away at Leicester, but bounced back on Tuesday with a comfortable win over Oaklands.

Simone Costa continued her strong form with a 22-point haul in the win over the Wolves with the Portuguese international stepping up in the absences of Jasmine Joyner (out for the season) and Siobhan Prior. Chelsey Shumpert starred with 29 points against the Mystics in a game that included a 23-3 second period.

Run-in: Of their final five games, only one is against a side above them as they face Sevenoaks this weekend and the Wildcats will be confident of holding onto fourth spot and avoiding the top three sides in the opening round of the playoffs.

A mixed week for the Mystics in their battles against their rivals for a top-four spot. A costly second quarter paved the way for another loss to Nottingham in midweek, but it was their turn for a comeback on home soil as they battled back from 16 points down to beat Essex by 15.

Georgia Jones and Sophia Song combined for 11 triples in the win with Jones finishing with 25-10-8, while Song had a double-double of 19 points and 11 rebounds. The Mystics pulled clear in the fourth with a 24-9 quarter to join the Rebels on eight wins. Nicolette Fong Lyew Quee joined the league’s 1000-point club after top scoring with 14 points in the midweek loss on the road.

Run-in: The Mystics start their final five games with contests agains Sevenoaks and London before rounding out their campaign with teams below them in the standings as they look to better Nottingham’s results in their closing stretch in the battle for fourth.

Newcastle came through another thrilling encounter with Oaklands on Sunday in what could have completed a perfect weekend, only for them to have already suffered a five-point loss in the North-East derby 24 hours earlier.

Maddy McVicar scored 14 straight in the fourth to finish with 30 points in the two-point home triumph with Alison Gorrell adding 27-12-8 and Abby Lowe had a 20-point outing of her own. The Eagles have distanced themselves from the chasing pack, and showed character to bounce back from Saturday’s disappointment as they were edged out despite a combined 47 points from Gorrell and McVicar.

♨️ McBuckets!@MadisonMcVicar4 came up clutch with 14 straight points in the fourth for @NewcastleEagle to finish with a 30-piece in a thrilling home victory!#BritishBasketball pic.twitter.com/dhhvaJyOCS

Run-in: Newcastle’s current form is better than their record suggests, but their early season woes will likely see them pitted against one of the top three, if they qualify. They are two wins ahead of 8th/9th having played two games more and start their final three-game stretch with the return fixture against Durham with the chance of revenge.

Six straight defeats for the Rebels as they drop to .500 from an 8-2 start in the league, but there were signs of their early-season form in defeats to Manchester and London at the weekend. Essex led 24-40 on the road against Manchester before ultimately falling to a 15-point loss.

Their opponents finished with 15 made threes in the contest in a huge turnaround. The Rebels then had a huge 20-16-6 stat-line from Lucrezia Costa at home to the Lions, but they were unable to recover from a slow start, though they managed to limit the damage having been 13 points down after 10 minutes.

Run-in: Essex have lost their control of fourth spot and face the current top two this weekend in a challenging double-header to halt their slide. They finish at home to Caledonia and Cardiff and that could provide some momentum heading into the playoffs.

Three games for the Wolves on their return to action this past week with three defeats on the road seeing them drop to 4-11 alongside Cardiff, having missed out on the chance to move into the top six.

Oaklands were boosted by the long-awaited debut of Merissa Quick against Sevenoaks on Thursday as they scored 32 points in the fourth to reduce the deficit to 10 after being held to 28 points through three quarters. They lost a thriller at Newcastle by two points in a pivotal clash as Dorka Boros and Melita Emanuel-Carr combined for 40, but the Wolves were comfortably beaten by 21 in Nottingham on Tuesday.

Run-in: Oaklands hold the slight upper-hand over Cardiff in the battle for eighth having won their previous encounter, but their reverse fixture is still to be arranged as one of five remaining games – all on their home floor. And, now they have Quick, Amari Carter and Lizzy Harrison all on the court together as well as Emanuel-Carr continuing to improve upon her return from injury.

Big win for Lee Davie’s side at the weekend and regardless of whether they go on to make the playoffs, or likely not, that performance will be one to remember. Durham’s dynamic duo shone with Claire Paxton going off for 34 points, while Kara Elderkin finished with an all-round 12-17-8 line against her former side.

The Palatinates had trailed Newcastle 9-16 after the first quarter, but grew into the contest and held their nerve down the stretch. It was a good response to the second of two recent defeats to Leicester in midweek and they remain in contention to make a run for a top-eight finish.

Run-in: Durham now trail the teams above them by two wins and face Cardiff, Newcastle and Oaklands in their next three games. Three wins are likely needed to make their move before they finish with games against Nottingham then London, on the final day.

Two games against the scorching Suns and two similar defeats for the Archers as they went down by 27 and 28 points, respectively. Their 4-11 record sees them level with Oaklands with the two teams still to play in the final stretch of the regular season.

Cardiff were held to 15 first-half points in the road encounter before an improved second-half display with Marlee Ball the leading scorer with 17 points. At home, they trailed 11-29 after the opening period but did hold the visitors to just six points in a low-scoring final quarter effort.

Run-in: Stef Collins’ side take on the bottom two sides in their next two games before taking on Nottingham and Essex as well as the aforementioned unscheduled encounter with playoff rivals, Oaklands, which could be decisive in determining the final spot.

Caledonia came mightily close to pulling off an upset at home to London in midweek having led by six heading into the final quarter. Maud Ranger and Ella Doherty combined for 52 points in what turned out to be a six-point loss as they came up short down the stretch.

It was a contrasting defeat on the road against the league-leading Suns at the weekend with the visitors held to 48 points in a 25-point loss. Sian Phillips had 16 points and seven rebounds in another gritty performance inside, but Pride were to be joined on two wins by Durham as the two teams battle to avoid bottom spot.

Run-in: Caledonia are still mathematically in the hunt for a spot in the playoffs as they trail the two teams above them by two wins with five games left. They still have both to play, but also finish at home to Sevenoaks.