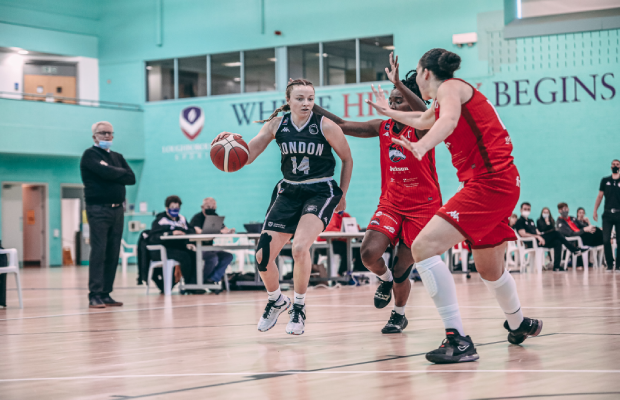 Kennedy Leonard has broken another assists record in the WBBL Championship after setting the new benchmark for the number of assists in a single league campaign.

The London Lions playmaker moved to 182 in league play last night with another nine against Leicester Riders to move past the previous record of 178 – held by Georgia Jones in the 2018-19 season.

Newcastle Eagles’ Giulia Simoni is the only other player to officially register 150+ in a single league season with Leonard’s incredible total also taking her into the top-20 on the all-time league assists chart.

The former GB Under-20 guard was named as the WBBL Player of the Month for March after averaging 10+ assists per month during the period in which Leonard also earned the MVP award in the WBBL Trophy triumph.

Meanwhile, Cassie Breen has moved into the top five on the club’s all-time league points chart with 313.