Lloyd Gardner takes over at Manchester Giants until end of season - Hoopsfix.com

Lloyd Gardner takes over at Manchester Giants until end of season 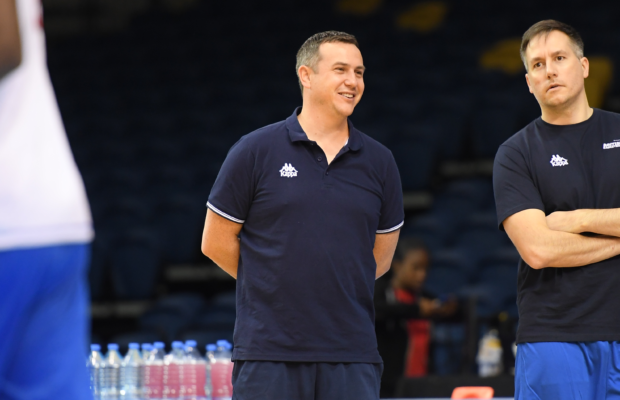 The Manchester Giants have confirmed the hiring of Lloyd Gardner as their new head coach for the remainder of the season, with a view to making it a long term appointment in the summer.

Gardner was most recently at the helm of the London City Royals – his first coaching job in the BBL – but the club folded midway through the 2019-20 season.

🤝We're delighted to announce that @lloydgar is joining the club as Head Coach!

Previous to that, he was the Director of Basketball Operations at Barking Abbey Basketball Academy, leading them to the Division 1 Playoff title in 2015, and has been Head Coach of the GB U20s programme, as well as an assistant to the GB Senior Men.

“I’m delighted to have been given the opportunity to be the Head Coach of the Manchester Giants. In my opinion,” Gardner said.

“The Giants are a club with storied tradition and I am excited to be a part of its potential for the future. I’m eager to get started together with the players and staff as we strive for a strong finish to end the season.”

“I’m delighted to make this appointment, we’ve got a coach who comes highly recommended, he’s ambitious and is coming to Manchester to work with a talented group. Lloyd has a history of bringing through talent and that fits with what we want to achieve in Manchester long term.“