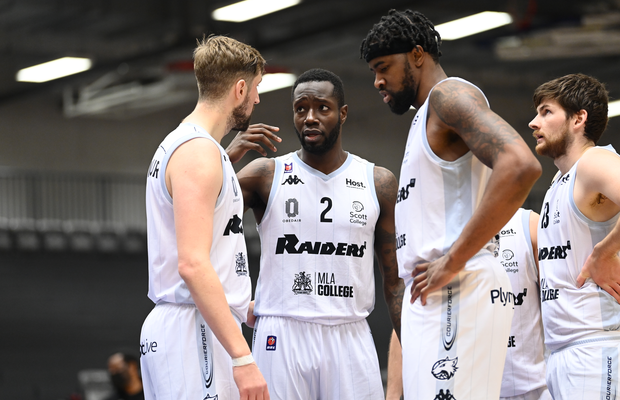 Plymouth Raiders will face London Lions in next week’s BBL Trophy final after both teams eased to victory in the semi-finals.

Paul James’ side enjoyed a 208-172 aggregate victory over Surrey Scorchers, while London – who were runners-up in the BBL Cup – claimed a 198-155 success against Glasgow Rocks in the two-legged tie.

The Raiders were without GB’s Ashley Hamilton for both legs, but were still able to advance to their first BBL final since 2017 in convincing fashion.

Plymouth were dominant on the road on Sunday with Ricky McGill pouring in 32 points to lead the way in an 83-112 victory. They had been defending a seven-point advantage after McGill scored 31 points in their 96-89 success in Friday’s first leg at home.

Meanwhile, London wrapped up their spot in another Trophy final in midweek as they finished the job in Scotland with an 89-108 victory behind 26 points from Dirk Williams. The damage had been done in the first leg at the Copper Box as the Lions enjoyed a 90-66 triumph with DeAndre Liggins putting up 28 points.

Plymouth’s only previous BBL title came in 2007 when they defeated Newcastle Eagles, while London have never won the competition – most recently losing the 2019 final to London City Royals with Raiders trio Hamilton, Will Neighbour and Elvisi Dusha all part of the winning roster.

The final takes place in Worcester on Sunday and will be live on Sky Sports, following the WBBL Trophy final between Nottingham Wildcats and BA London Lions.