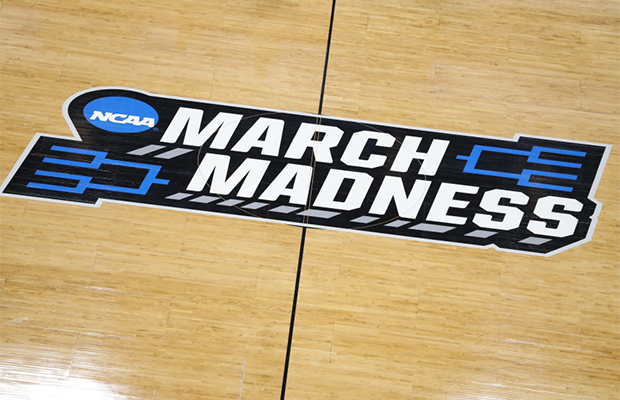 With Selection Sunday having taken place last weekend, the teams are set with the First Four match ups of the NCAA Tournament tipping off today, before the First Round games starting on Friday.

After its cancellation last year due to COVID-19, the tournament returns with much anticipation – being based predominantly in Indiana.

There are no less than five British players suiting up in the Big Dance this year – possibly the most ever, if not, at least in recent memory – after unprecedented success with securing automatic bids after winning conference tournaments.

Here is a bit more info about the five Brits suiting up, the teams they are representing and when they are in action. 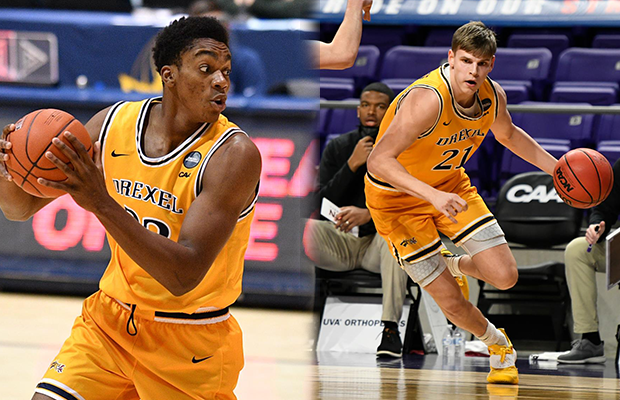 The only British duo in the tournament, the former Myerscough teammates have found success across the pond.

Williams, Okros and the Dragons face top-seeded Illinois in the opening round of the NCAA Midwest Region, and go in as heavy underdogs; the Illini enter the game ranked second in the nation with a 23-6 record and won the Big Ten Championship.

The Dragons – 12-7 after winning the CAA title – are making their first appearance in the Big Dance since 1996, and will be looking for a big role from Okros who was huge in their CAA title run, whilst minutes have been understandably harder to come by for Williams, who is in his Freshman year. 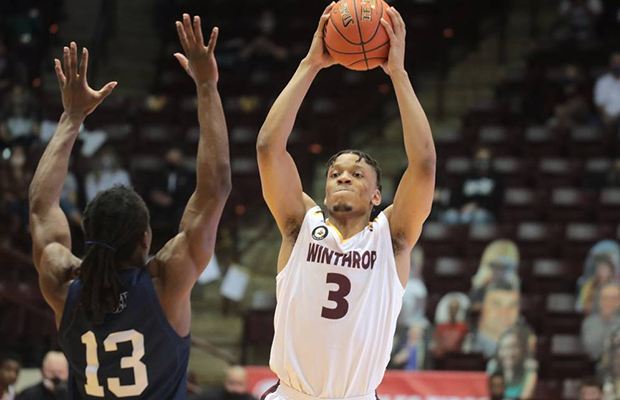 Micheal Anumba has helped Winthrop to their second consecutive Big South Championship but this year will be rewarded with an actual trip to the tournament.

The former Manchester Magic defensive stopper has carved himself out a solid role with Winthrop, having started 84-of-87 career career games, whilst averaging 6.4 points, 4.0 rebounds and an assist per game this season.

Winthrop earned a 12-seed – its second-highest seeding in program history – after finishing the season with its 11th Big South Championship behind a 23-1 overall record.

Villanova (16-6) received an at-large bid after falling to Georgetown in the Big East quarterfinals. 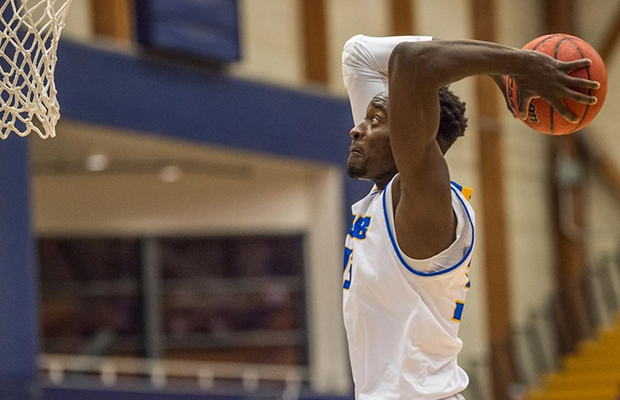 Having done the Big West Conference regular season and tournament double, Robinson Idehen and UC Santa Barbara were rewarded with a no. 12 seed and a match up with Creighton.

The 6’10” Idehen, formerly of Barking Abbey & Barking & Dagenham Thunder, scored 8 points in the league title game, and is averaging 5 points and 3.2 rebounds while shooting a ridiculously efficient 72.1% from the field.

UCSB, ending the tournament with a 24-4 record, is making its sixth appearance in the NCAA Tournament and its first since 2011. Creighton go in as moderate favourites. 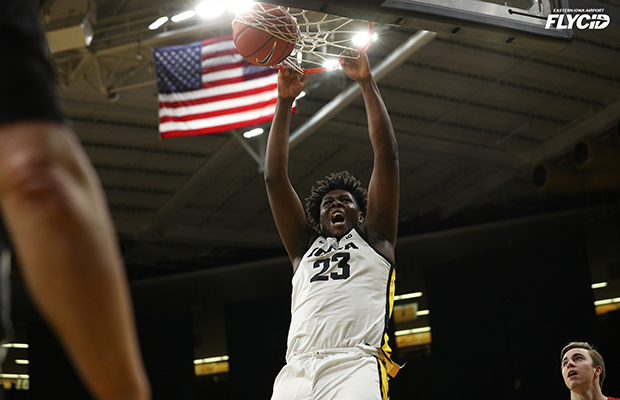 The highest seeded Brit in the tournament, Josh Ogundele and Iowa (21-8) earned the no.2 seed in the West Region to face 15th-seeded Grand Canyon (17-6) on Saturday.

They enter the tournament hot, having won 8 of their last 10 games, but fell in the Big Ten tournament semi-finals to eventual winners Illinois (who take on Drexel – see above!).

Ogundele, a former Barking Abbey big man before heading to the US for High School at Worcester Academy, has struggled to see the floor in his Freshman year but is soaking it all in – he is well worth a follow on TikTok for a behind the scenes look at what it’s like at a high major program.

Where Can I Watch March Madness in the UK?