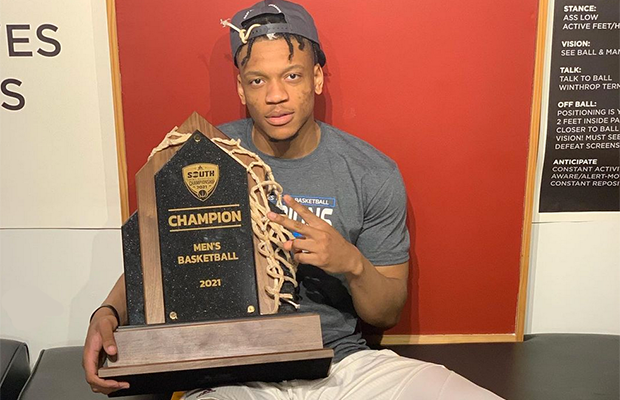 Micheal Anumba has helped his Winthrop Eagles to back-to-back Big South Championship titles, after they cruised past Campbell 80-53 in the title game on Sunday.

Anumba, a starter, finished with 7 points, 2 rebounds and 3 assists on 3/4 shooting in 26 minutes in the final, as Winthrop shot a Big South Finals record 63 percent for the game.

The former Manchester Magic guard is averaging 6.4 points, 4 rebounds, and 1 assist on the season, as he has started all 24 games, helping Winthrop to the Big South regular season title with a 17-1 conference record.