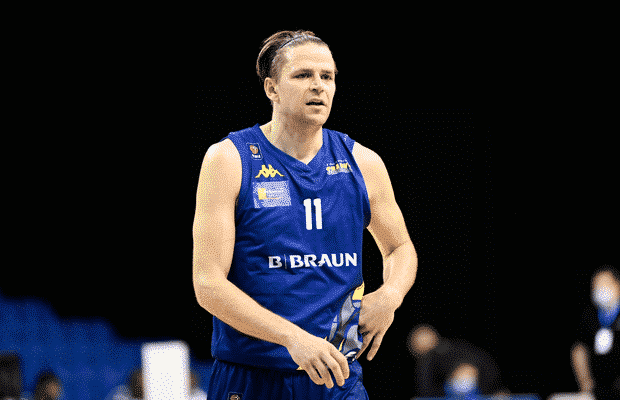 2021 is here, but so is COVID-19 as it threatens to cause more issues around the league as cases hit over the Christmas period.

The last unbeaten league record was ended at the weekend and there is lots to hopefully look forward to over the coming week including a BBL Cup semi-final double-header in Manchester next Tuesday – Week 9 rankings will follow on Wednesday morning.

Newcastle are the first team to reach the double figure mark in wins on the season and ensured they held top spot in the BBL Championship heading into 2021 after earning a 12-point road win in Scotland to close out the calendar year.

Rahmon Fletcher continued to show why he is a leading MVP candidate with 29 points and 10 assists to lead the way in the win with four other players with 10+ points, including Darius Defoe’s 15 off the bench. The Eagles visit the Copper Box on Friday night in a top-of-the-table clash before taking on Leicester in the semi-finals of the Cup on Tuesday evening.

The Lions looked to be heading to defeat on the road against Leicester before shutting down their opponents and snatching the win in the final seconds through Orlando Parker’s open mid-range jumpshot. Vince Macaulay’s side overcame travel disruption to make it five straight in the league to join Newcastle at 5-1 ahead of their meeting on Friday.

DeAndre Liggins had another big game with 14 points, 11 rebounds, seven assists and three steals with a team-high 19 points from Dirk Williams with both scoring the decisive final minute before Parker’s winner. After taking on the Eagles, London take on Manchester for the chance to make the Cup final.

If you only watch one thing today, let it be this:@London_Lions were down 5 to Leicester with less than a minute remaining and pulled off the improbable 😱🇬🇧🏀#BritishBasketball

A harsh drop two spots for the Riders off the back of a single-point defeat, but that more reflects just how close the top three teams are right now in that they may well be interchangeable each week. It could well have been different, too, with their unbeaten record ended after being held scoreless for the final four minutes.

Geno Crandall had a game-high 23 points with William Lee adding a double-double as the hosts looked in control up 73-66 with 4:28 remaining, before conceding eight unanswered points including a 6-0 run in the final minute. A chance to bounce straight back comes on the road at Plymouth, tonight.

No game for the Giants since their win over Plymouth after a positive test for COVID-19 resulted in their scheduled fixture with Cheshire before the New Year being postponed. The two teams are set to meet again on Friday night in a crunch league clash.

Another win for the Sharks to open the New Year and their stock is rising as they move into third spot in the league standings. Atiba Lyons’ side trailed by five after 30 minutes at home to Plymouth before a dominant final period saw a 10-point swing to win by five.

Antwon Lillard and Jeremy Hemsley continued their partnership by combining for 39 points in the victory, while new signing Jordan Ratinho made an instant impact on debut with 17 points, eight rebounds and two assists off the bench. Cheshire are up next for Sheffield on the road this weekend.

The Raiders ended their four-game losing run in all competitions with a 14-point home win over Worcester to close out the calendar year, but dropped back below .500 at the weekend as they fell to defeat on the road against Sheffield.

Ashley Hamilton and Chris Porter-Bunton scored 15 points apiece in the win over the Wolves as the defence held their opponents to below 60 points with Rickey McGill re-signed as Andrew Lawrence faces an extended spell on the sidelines. Prince Ibeh had seven blocks against the Sharks, but his side came up short as they were outscored 26-16 in the final period to lose by five on the road.

No recent action on the court for the Flyers after their pre-Christmas clash with Leicester was postponed, but they have had plenty happen off the court. Bristol made the move to tie down GB internationals Teddy Okereafor and Ben Mockford for the rest of the season, but did lose Zach Copeland (knee) and Liam Davis (achilles) to lengthy injuries.

Good news for the Wolves? Their Americans have arrived and made their debut. The bad news? It was another defeat. The new quartet saw limited action off the bench in a 14-point loss away at Plymouth, though the club will have high hopes they will soon be acclimatised.

Jordan Williams played all 40 minutes and should see his workload reduced having shouldered extra responsibilty during the early part of the season – alongside Maarten Bouwknecht and Matthew Bryan-Amaning. The Wolves were also without Josh McSwiggan as they dropped to 1-4 in the league, but are set to host Glasgow on Friday with a chance to return to winning ways.

Cheshire doubled their win tally in the league as they overcame Glasgow on the road for an 11-point success. Kahron Ross starred with 24 points, six rebounds, eight assists and four steals with Jimbo Lull continuing his form with a double-double of 20 points and 12 boards.

Ben Thomas’ side led 8-16 after the opening period and extended the gap to as many as 15 points in a controlling victory to get going in 2021. They next face local rivals Manchester at home on Friday after their previously scheduled encounter was postponed after Christmas.

What they would have been hoping was a positive Christmas period was ruined by a positive test for COVID-19 with three games postponed for the Scorchers. An unplanned break also saw their traditional New Year’s Day encounter cancelled and they are set to return to action at home to Plymouth on Sunday, with three games to make up later in the season.

A 12-point home loss to close out 2020 was followed by an 11-point home loss to open 2021 as the Rocks dropped to the foot of the league table with just one win from six. American Christian Keeling made an immediate impact on post-Christmas debut with 26 points off the bench, while Ronald Delph awaits international clearance.

Glasgow also had 23 points and 12 rebounds from Boban Jacdonmi as well as 20 points from player-coach Gareth Murray as they pushed the Eagles in the 93-105 loss with a 16-28 second period proving costly. On Sunday, they started slow against Cheshire and were unable to claw their way back into the contest.