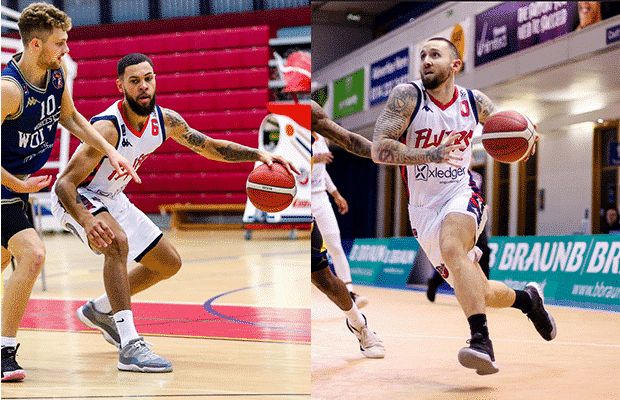 Bristol Flyers have extended their GB backcourt of Ben Mockford and Teddy Okereafor through until the end of the season, the club has announced.

Both guards were originally signed on short-term deals, but are now inked for the rest of the 2020-21 campaign, providing a much-needed boost after the announcement import Zach Copeland has suffered a meniscal tear and is out for the rest of the season.

Since joining the club in November, Okereafor has made eight appearances for the Flyers in all competitions, averaging 8.5 points, 4.8 rebounds and 5.2 assists per game.

In his most recent performance, Okereafor posted 16 points, 12 assists and eight rebounds against the Surrey Scorchers, earning himself a place in the BBL Team of the
Week.

Flyers Head Coach Andreas Kapoulas said: “Teddy arrived in November and as anticipated, he has made a big impact to our team in the relatively short period that he has been in Bristol. It’s truly great to have a player of his experience and ability continue with the club as we enter the most crucial months of the season in the new year.”

Meanwhile, 31-year-old Mockford – who has 41 caps for Great Britain – has made four appearances for the Flyers so far, averaging six points per game since he joined club at the start of the month.

“We’re very pleased to see Ben continuing with us for the rest of the season,” Kapoulas added.

“He is a true two-way player and brings a tremendous amount of experience and grit to our
backcourt. We’ve had to deal with a number of changes to our backcourt since the start of the season, so consistency at the guard spots will help our team find the necessary rhythm
moving forward as we enter the second most important part of the season.”