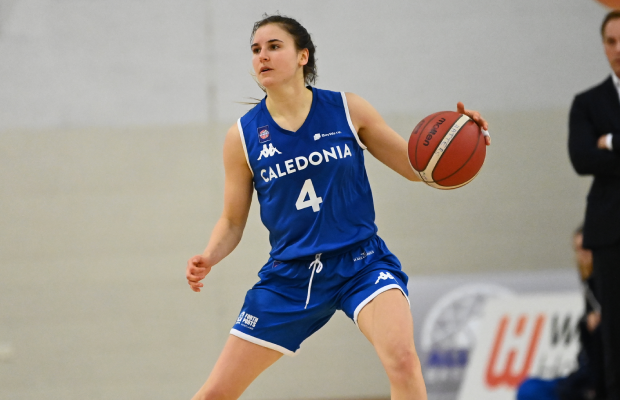 The 2021-22 WBBL season has entered March and the finishing line to the regular season creeps into sight with a fascinating battle in store.

London Lions and Sevenoaks Suns remain unbeaten in the battle for the Championship title, while there are just three wins separating seventh place and bottom spot in the race for the playoffs.

Still unbeaten, the Lions have a perfect record on the domestic season with their last loss coming 11 months ago. London have only played four games since mid-January with the highlight being their first piece of silverware this season in beating Newcastle for the Cup crown as Azania Stewart put in a MVP performance.

London twice surpassed the century mark last week in moving to 12-0 in the league and into the semi-finals of the Trophy – beating Oaklands and Manchester by 45 and 55 points, respectively. They host a double-header this weekend with a matchup with Nottingham in the Trophy last four before Durham visit in the league as they look to extend a 21-game unbeaten streak in all competitions in the WBBL.

Sevenoaks have won 16 games in a row since losing their opening Cup encounter against London. Len Busch’s side have now started 13-0 in four of their last five seasons and have also advanced to the semi-finals of the Trophy.

The Suns have overcome Sheffield twice in the last month to narrow the title-race as they claimed a narrow 57-54 success at home before winning more comfortably on the road last weekend behind 20 points from Cat Carr. They will visit Leicester on the road in their semi-final clash this weekend with a chance to book another final appearance.

Sheffield have had a mixed run since our last update having been knocked out of the Trophy with a road loss in Manchester before back-to-back defeats against Sevenoaks has pushed them back in the title race at 11-3. The Hatters had a 25-point haul from Georgia Gayle in their Trophy exit having also seen the departures of their American duo.

Ebony Horton has settled into the starting lineup with a double-double in their 46-point victory away at Oaklands as well as 20 points and 11 rebounds in the 95-70 success over Cardiff at the end of January – their last win. Sheffield will look to get back to winning ways when they head to a Newcastle side in transition, on Saturday.

Leicester have strung together a run of wins with four victories in their last five as they look to consolidate their place in the league’s top four under Marg Jones. The Riders’ only defeat in that span came courtesy of a heavy loss at home to London, whilst also advancing to the semi-finals of the Trophy.

They held off strong challenges from both Cardiff and Caledonia in league victories and enjoyed their most convincing win of late in beating Gloucester by 50 last weekend behind a string of key contributions. Alison Lewis has made an impact since joining and posted another double-double in the win ahead of the big challenge of taking on Sevenoaks in the semi-finals.

The Wildcats are beginning to hit their stride with five wins out of their last six in all competitions with a more promising outlook again after recording their worst start to a league campaign. Crucially, they have established a bit of a gap – albeit only two wins – from the chasing pack in the race for the playoffs.

Nottingham split league encounters with Gloucester, but won all three games in February as Jahnae Gyles excelled with two 30+ point games with Brooklyn Pannell also joining in with a 30-point haul in a 16-point win over Manchester. The Wildcats start a road stretch with a double-header away at London – in the Trophy – and Cardiff as the season hits a pivotal point.

The Mystics are now 9-8 on the season and that reflects their inconsistent nature, which has been a theme of their time in the WBBL. Jeff Jones’s side produced a strong display to edge out Sheffield in a Trophy thriller, but their run was ended in emphatic fashion by London last week at Crystal Palace.

Manchester return home for the first time since beating Sheffield as they host Gloucester on Saturday as they will be keen to ensure they don’t get dragged into the battle for the playoffs. They don’t have the deepest of rosters, but have added Erica Meyer – who previously impressed at WNBL D1 side Solent Kestrels.

It still hasn’t quite happened for Essex yet, despite their potential, though they have been hit hard by injuries. Their convincing 25-point win at home to Newcastle last week snapped a losing run of four games having come up against Sevenoaks twice during that stretch.

Lucrezia Costa has been in strong scoring form with consecutive 25-point hauls in defeats to Nottingham and Durham, which has dragged them back into the middle of the pack. The Rebels’ win over Newcastle gave them control of seventh spot and will target success on the road with trips to Oaklands and Gloucester starting a stretch of away games in March.

Caledonia feel like the form team in the hunt for the playoffs having reeled off successive league wins to ignite their charge towards the top eight. They have played more games than those around them, but have moved level on wins with Newcastle having been a much improved side since the arrivals of American duo Taylor Edwards and Laken James.

It was last season’s dynamic duo Maud Ranger and Sian Phillips that stepped up in the recent victories over Gloucester and Durham with Pride also beating Oaklands in January to make it 3-2 from starting 1-8 in league play. They have a chance to further boost their hopes if they can replicate their success on the road against Gloucester on Sunday.

Durham are another side that have enjoyed an injection of confidence with a run of results that has lifted them off the basement of the league. The Palatinates knocked Newcastle out of the Trophy with a road triumph – before losing to Leicester – and claimed an impressive win away at Essex in the league for their third win of the campaign.

Elle Hendershot’s all-round performances have been vital for the North-East side and they almost made it four wins in five before suffering a two-point loss at home to Caledonia to cool their momentum. A tough trip to London starts a month that also includes road trips to Cardiff and Oaklands, where they will be targeting valuable victories to boost their playoffs hopes.

Injuries, departures, COVID in amongst a coaching change just days before a Cup final – it’s been a turbulent time for the Eagles. They were first knocked out of the Trophy in a home defeat to Durham which proved to be Chris Bunten’s last in charge and Noelia Cacheiro took over in the build up to their Cup final loss against London in Birmingham.

Newcastle only played once in February as they suffered a 25-point loss on the road to Essex having been dealt an added blow with an injury to Jessica Eadsforth-Yates in the lead up. American Layne Murphy has signed along with a few familiar faces and the Eagles will need to steady the ship to avoid falling out of the top eight with captain Marina Fernandez leading the way.

The Queens have attempted to fill the holes left by the absences of Maura Fitzpatrick and Melita Emanuel-Carr with emerging players untested at this level with Carolina Marques and Molly James amongst their new additions. And, to their credit, the team is staying competitive – picking up an impressive home win over Nottingham as they remain in the mix for the playoffs.

Bianca Osas-Maxwell played a starring role in the win over the Wildcats with 19 points, though it is their only victory in 2022. They have another meeting with Caledonia to round out a double-header weekend as they also make the trip to Manchester on Saturday; sitting just one win outside of the coveted top eight.

The Wolves are trending in the wrong direction after a bright start to 2022 by beating Gloucester having since lost all five games in all competitions. Oaklands have relied heavily on their young contingent and been given some tough lessons, particularly in recent losses to Sevenoaks and London, but will still feel in the mix for a post-season spot.

They have a double-header with Leicester to follow this weekend’s game with Essex and finish the month by hosting Durham in what could prove to be a huge encounter. Lizzy Harrison and Merissa Quick are the only players to average double figures in scoring for the Wolves and its their type of experience that could prove vital down the stretch of the regular season.

Cardiff have better records on the season than four teams around them, but it’s their league form that has hurt to this point with just two wins from their first 13 games. Another team that has suffered from not having their full roster available on a regular basis, but a welcome sign in having Mara Marchizotti back in the fold last weekend.

Shannon Hatch is still putting up double-doubles and point guard Lauren Saiki has impressed, though their playoffs hopes are fading. The Archers defeated Oaklands in the Trophy for their last win in January, but they have to go back even further to October for their last league victory – having opened at 2-1 – with a run of five straight home games starting this weekend.