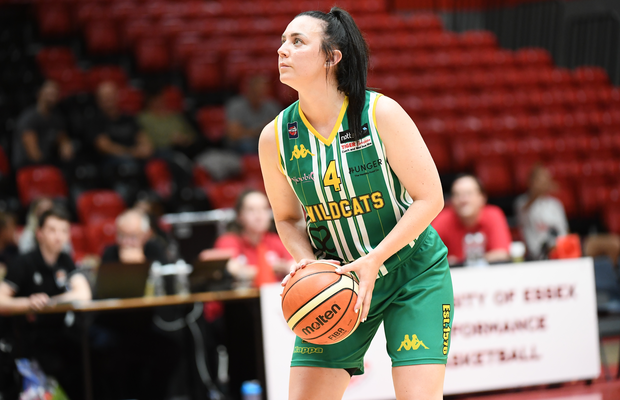 Nottingham Wildcats have officially confirmed that Siobhan Prior will return for another season in the WBBL.

The 33-year-old has been ever-present in the league with the Wildcats with almost 1000 points scored in the WBBL Championship.

🚨WBBL player announcement!🚨 Today we confirm that commonwealth silver medalist and GB international 🇬🇧, @siobhanprior_4 will be returning to the Wildcats for another season 👏. . We asked Siobhan "What does it mean to be part of the Wildcats family?"…➡️ swipe across to find out what she had to say 💚💛 . . #wildcatsfam #britishbasketball #nottssport #wbbl #gametime #nottsbasketball #internationalathlete #gbinternational #familyfirstmentality

Prior was part of the England Women’s squad that won silver at the 2018 Commonwealth Games and also recently represented GB in the lead up to Women’s EuroBasket 2019.

Last season, Prior featured in nine league games with averages of 11.0 points, 2.4 rebounds and 1.8 assists per game.

“Being part of the Wildcats family is just part of who I am and have always been,” said Prior, via the Wildcats. “The club has a rich 40-year history that has always been based on a strong family ethos.

“I’m lucky to have been part of it my whole life and I’m excited to continue to bring success to it, this season and for many years to come.”