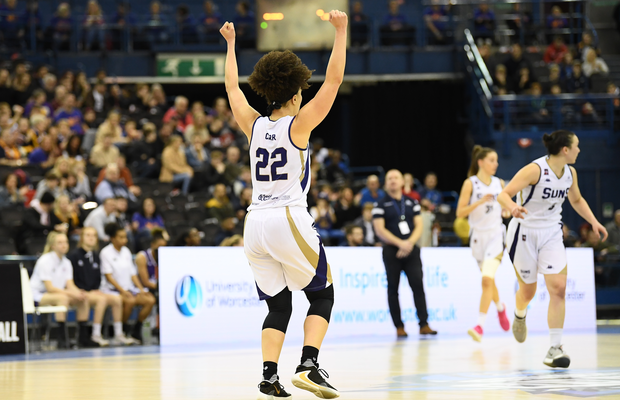 Season number 7 of the WBBL awaits and the anticipation has never been higher.

The league has been getting increasingly competition year after year. You’ve had your teams at the top, the teams in the middle of the road then the teams scrapping at the bottom.

This year, the gaps feel even smaller and the teams even closer, though of course what transpires on the court may prove otherwise.

Four pieces of silverware on offer and you wouldn’t be surprised if those went to four different teams – cases could be made for several sides this year.

Seven titles in three and a half years. Three playoff titles in a row. Successive league titles. 53 wins from their last 55 league games. Impressive numbers. And, when you bring back a successful core group including former league MVP Cat Carr and double finals MVP Janice Monakana, you probably have to remain the team to beat.

The influence of Ta’Yani Clark should certainly not be understated either, while Renee Busch continues to excel in her role for the Suns and earned a recall to the GB Senior Women’s side after her last appearances seven years ago.

Portuguese international Lavinia Da Silva makes the switch from the Lions to join Austrian Julia Koppl and Spaniard Irene Garrido-Perez to give the Suns a well-rounded roster for the new campaign that also includes rising star Asha Andrews.

When the Riders claimed yet another WBBL Trophy title back in March, who would have thought we’d still be waiting for the next competitive action in the top-flight? But having the most exciting prospect in British basketball back in the WBBL is a huge plus for the league with Holly Winterburn signed to a three-year deal after a freshman year at Oregon.

Then you have Kate Oliver, Sara Hinriksdottir, Christina Gaskin and Ella Clark all forming a strong returning core with lots of experience; mixed in with young emerging talents such as Katie Januszewska and Erin Hikin.

Hannah Robb has joined from Caledonia alongside German guard Anna Lappenkuper and the Riders have stated their early intentions in pre-season ahead of a mouth-watering season opener with Manchester.

Manchester Met Mystics have probably been the league’s under-achievers since the WBBL inception in 2014 with just one title to their name in that time. That could well change this season with a strong squad assembled including the arrivals of GB internationals Nicolette Fong Lyew Quee and Hannah Shaw to join fellow Commonwealth Games silver medalists Georgia Jones and Dom Allen.

The quartet form a strong core for the Mystics, who also have reliable veteran Rheanne Bailey and Vanessa Akra back, whilst adding youthful talent in the shape of American rookie Sophia Song – with a track record of winning titles at UC Davis – and former GB Under-20 guard Ebony Horton.

WNBL D2 North MVP Maia Bratka joins from Worcester and goes up against former side, Leicester, on the opening weekend with a chance for the Mystics to issue a statement.

Chris Bunten has always managed to get the best out of his sides – think back to Team Northumbria’s memorable playoff triumph in 2016 – and his Newcastle Eagles side were looking dangerous last season. So, of course, there’s reason for optimism for the upcoming campaign considering the roster put together.

Alison Gorrell is a standout acquisition with the American returning to the North-East having lit up the league in her previous spell before doing the same at Sheffield Hatters, while Sarah Birkett is also back at the club.

European forwards Lisa Koop and Mante Kvederaviciute return once again with American guard Maddy McVicar joined by former GB Under-20 duo Abby Lowe and Molly Taylor as well as ex-Mystics forward Jorjah Smith to highlight the strength in depth that should see the Eagles competing at the top.

Perhaps the most intrigue ahead of the upcoming season circles around BA London Lions. There’s only one way to go from a 0-16 league record last season, but their fortunes could be completely flipped upside down.

Kennedy Leonard made her Senior debut for GB last summer and joins following a pro rookie season in Germany, as does shifty guard Shanice Norton, while Paige Robinson graduated from Florida earlier this year and they form an exciting trio alongside new recruits from overseas.

There is also the same focus on chances for young talent with eight junior players on the roster including recent GB Under-16 internationals Fatmata Janneh and Chennai Mushore.

UPDATE: BA London Lions have forfeited their opening game against Oaklands, resulting in a 20-0 defeat.

The Wildcats were on course for a second successive season outside of the top four in the league before the 2019-20 campaign was halted – even with the impressive combination of Chelsey Shumpert and Jasmine Joyner.

The dynamic American duo are back, as is Siobhan Prior alongside Tia Freeman, who continues to get better and Portuguese guard Simone Costa. The Wildcats also have young talent ready to step up such as Shaniya Rose and German junior international Praise Egharevba with more signings to be confirmed.

Nottingham were perennial title contenders in the early years of the WBBL, and will be keen to get back amongst the mix after slow starts in recent seasons.

More familiarity for the Wolves. Dynamic Brit duo Lauren Milligan and Lizzy Harrison are back alongside the  Hungarian pairing of Kata Fulop and Dorka Boros to provide leadership to a young core of junior prospects including highly rated forward, Louise Rouse.

The capture of Amari Carter is definitely one to watch. The American guard was a highly rated prospect in High School and arrives off the back of a year with the Arizona Wildcats having transferred following three seasons at Penn State.

A heavy pre-season loss to Leicester shows they might not be ready to make a big push up the standings, but will be a fun team to watch once they click and should be making the playoffs.

UPDATE: BA London Lions have forfeited their opening game against Oaklands, resulting in a 20-0 defeat.

Stef Collins is back again to lead the Archers, who have a familiar looking roster to recent years with key returnees including veteran Sarah Wagstaff and Scottish international Robyn Lewis, who has played the most league games in WBBL history.

Shannon Hatch is the only newcomer to the squad having played in Germany for the past two years so Cardiff do have that advantage of not having to integrate several new signings.

The Archers went 10-8 in the first-ever WBBL regular season, but have had losing records in each season since and will come up against a number of strong opponents in their push to return to the playoffs.

No signings currently announced. The Rebels were the ‘best of the rest’ at the time of cancellation last season with five wins to hold the coveted eighth spot in what would have been an exciting battle for the playoffs.

[UPDATE: The Rebels have withdrawn from the WBBL Cup]

Caledonia Pride are set to enter their fifth season in the WBBL as the only representative of Scotland in the league. They made the playoffs in their second year in the league, but are yet to have a winning record in the regular season.

Pride were also runners-up in the Cup in that 2017-18 campaign, but won’t take part this year, though they have begun announcing their roster with several returnees including GB juniors Ella Doherty and Pollyanna Storie, while 17-year-old Taryn Cummins is handed a chance to step up.

The Palatinates have pushed on since their league debut in the 2017-18 season with three final appearancs; finishing runner-up in the Trophy (2019 & 2020) to Leicester and in the Cup (2020) to Sevenoaks.

Durham will also have a delayed start to the season and are yet to announce anyone on their playing squad, though Nicolette Fong Lyew Quee has not returned having signed with Manchester Met Mystics.