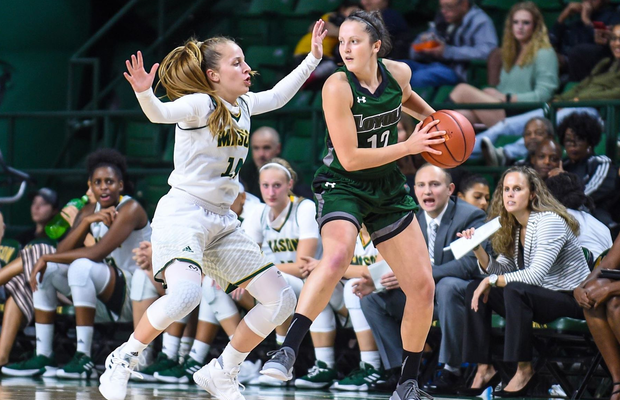 The 22-year-old guard is the latest confirmed signing on the roster, alongside fellow 1997-born prospect Abby Lowe – who seeks to re-find her enjoyment of the game.

I have no words for the amount of love I felt on this very special day. Whether on a screen from home, or with me in person, I am reminded of how many people have been a part of this wonderful journey. Thank you to everyone who made senior night so very special, and who continues to support me in all that I do. It was so incredible seeing my two world’s collide, and I recognize how fortunate I am to have so many families that feel so much like my own. I am truly blessed 🙌🏻

Taylor played 91 games with 19 starts in her college career in NCAA DI with a total of 286 points including a best of 19 points in her freshman year – also breaking the school’s 3-point percentage record.

“Molly has the ability to be a key player in the WBBL,” said head coach Chris Bunten. “She played four years for Loyola and moved to the States as a 16-year-old. She’s only 22 but she brings a vast amount of experience to the group.

“Molly made a big impression on me when we were part of the GB under 20s set up and I’m delighted to bring her to Newcastle.”

Taylor and Lowe join co-captains Rachael Bland and Mante Kvederaviciute on the roster with veteran German centre Lisa Koop also back for another season in the North-East.

The Eagles had an 11-3 record in joint third place when the 2019-20 campaign was brought to an abrupt end due to the coronavirus pandemic.