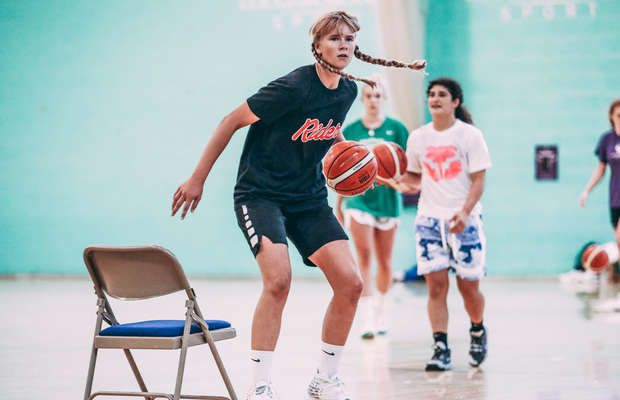 Katie Januszewska has joined Charnwood College for the 2020-21 season and will also play for Leicester Riders in the WBBL.

The 2004 born guard makes the switch from NBL Division 2 side Derby Trailblazers having also starred for their Under-16s side as they advanced to the Final Fours.

Januszewska averaged 30 points per game with an impressive triple-double of 50 points, 16 rebounds and 11 assists coming against Sheffield.

“It’s been a pleasure working with KJ these first weeks of pre-season,” said head coach Jesper Sundberg. “She has already shown a desire to compete with our more experienced players.

“I’m extremely excited to see how she can develop and improve in a senior environment.”

Januszewska previously represented England Under-15s at the Copenhagen Invitational and was called up to GB Under-16s at the 2019 European Championship with her only points coming in a win against Albania.

The addition takes the Riders roster to 12 after they recently announced the returns of Erin Hikin and Robyn Ainge as well as signing Irish junior Eimhear Morris.