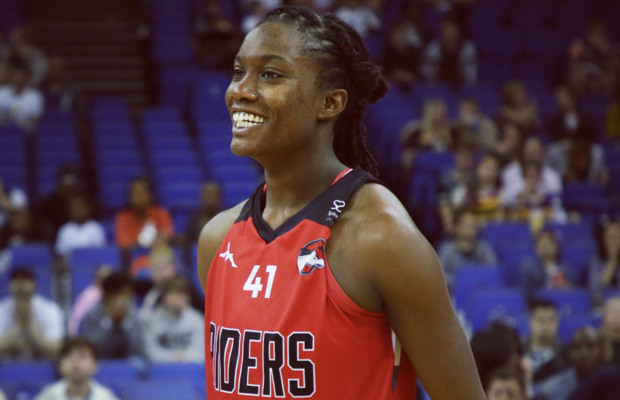 Jamila Thompson is heading back overseas for the 2020-21 season after signing with Ostrava in the top-flight in Czech Republic, Hoopsfix can reveal.

The GB Senior forward has spent the past two seasons in Spain, averaging 12.9 points, 9.3 rebounds and 2.6 assists per game with third tier side CAB Estepona in the 2019-20 campaign.

Thompson previously spent two years in the WBBL with Leicester Riders – winning the WBBL Trophy in the 2017-18 season as well as enjoying success with Loughborough University.

And, the 28-year-old is looking forward to the next challenge that awaits in Czech Republic.

“Sometimes the wait can feel like forever but patience, prayer and hard work when no-one is watching and something will fall into your lap at the right time,” she told Hoopsfix.

Thompson was last part of the GB set-up during her time with the Riders as part of the lead up to EuroBasket Women 2017.

Current GB guard Eilidh Simpson played for Ostrava last season and was amongst the league’s top 10 average points scorers, despite picking up an injury mid-season.