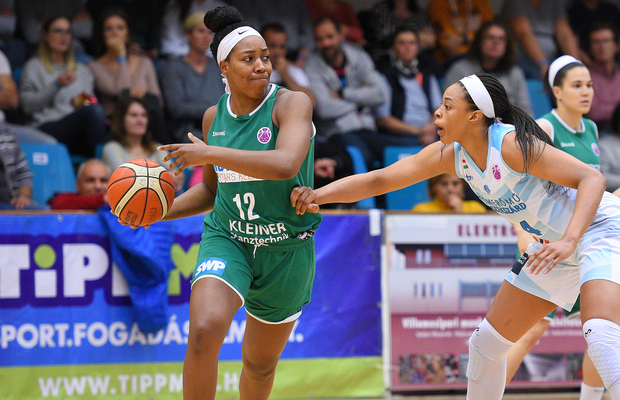 Shequila Joseph will play in Spain next season after joining LF2 side Leganes for the 2020-21 campaign.

The 25-year-old forward makes the move after a year in Germany having competed in EuroCup Women with Keltern and averaged 7.4 points along with 8.7 rebounds per game in 21 league appearances.

Joseph posted a double-double of 12 points and 16 rebounds for Keltern in EuroCup Women action as they came up against fellow German side Herner in the group phase with Kennedy Leonard in opposition.

The Barking Abbey product played a huge role in multiple promotions for England at junior level and also featured for Great Britain Under-20s before receiving a call-up to the Senior side.

Joseph has also played in Italy in her pro career having spent four years at NCAA DI school Ole Miss in the States.