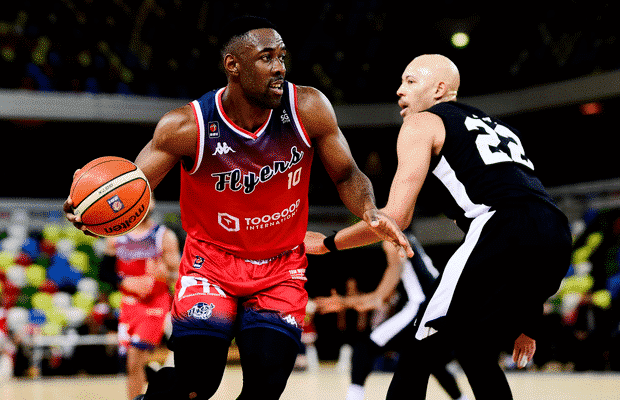 Raphell Thomas-Edwards has agreed a new one-year deal to remain with Bristol Flyers ahead of the upcoming 2020-21 season.

The former GB Under-20 centre averaged 8.8 points and 5.7 rebounds in 12 league appearances during his first season in the BBL.

Thomas-Edwards made the switch last summer from NBL D1 side Leicester Warriors and joins Daniel Edozie in returning for another season with the club.

“I already knew that I wanted to come back for another year,” he said, via release. “I love the organisation, the fans and everything about the Bristol Flyers.

“It was my first year in the BBL last season, so I want to take what I learnt from last year and develop it through the summer.

“I’ve been speaking with Coach [Andreas] Kapoulas a lot, just trying to make sure that my basketball IQ is where it needs to be, that I’m in the right positions and shooting the right shots.

“We want to have a consistent culture this year where we’re pushing every day and
continuing to make those small improvements.”

The Flyers reached their first BBL final during the shortened 2019-20 campaign; losing to Worcester Wolves in the BBL Cup decider, whilst also reaching the final four of the BBL Trophy.