London Lions bring back Dirk Williams to the BBL - Hoopsfix.com

London Lions bring back Dirk Williams to the BBL 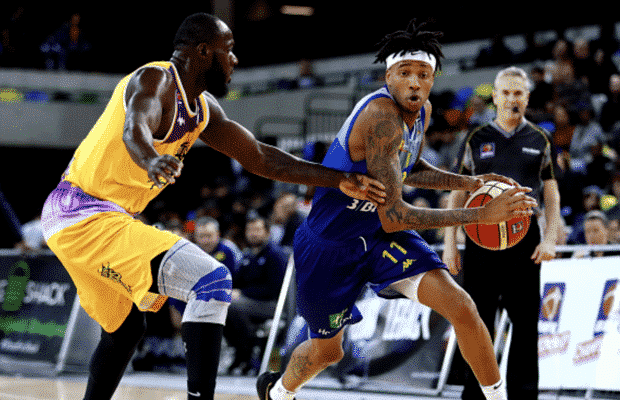 The American spent two seasons with the Sharks; averaging 19.0 points per game during the 2018-19 campaign having received global attention for his athleticism.

“I am very excited for this opportunity to play back in the BBL and even more excited to get a chance to play in the Basketball Champions League,” he said. “Me personally, I think it’s time for the BBL to get more respect than it has had over the years. This League can be very competitive.”

Lions head coach Vince Macaulay added: “Capturing Dirk was is really important for our plans. He is so versatile, so athletic and can also shoot the ball extremely well. I think he will thrive in the many competitions we play in.”

Williams headed overseas last season after signing in Hungary with Zalakeramia, where he averaged 17.0 points, 3.7 rebounds and 1.7 assists in 21 league appearances.

The 25-year-old joins ex-NBA guard DeAndre Liggins as the confirmed new additions for the Lions with the club understood to be bringing back a former player as well as from a rival club.

Justin Robinson has re-signed on a two-year deal with Joe Ikhinmwin and Andre Lockhart also returning for another season.