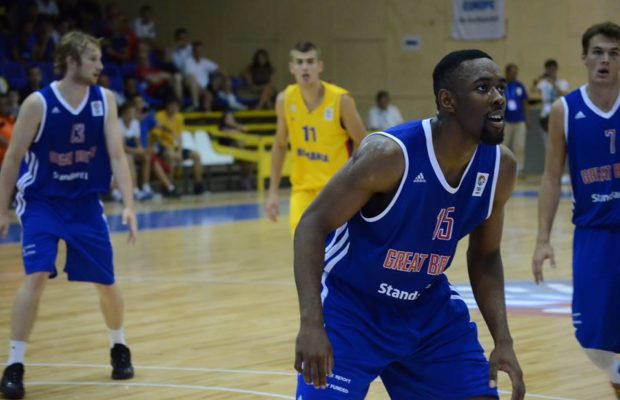 Bristol Flyers have announced the signing of former GB Under-20 standout Raphell Thomas-Edwards for the 2019-20 BBL campaign.

The 6’6″ forward starred in NBL Division 1 last season with Leicester Warriors after putting up 23 points and 14.5 rebounds per game.

Thomas-Edwards played at international level through the age groups with England Under-16s and Under-18s before representing the GB Under-20s as they earned promotion at the 2013 European Championships, collecting 7.8 rebounds per game.

“The Flyers are a team that have come through the ranks over the years and I’m excited to help take this club to the next level.

“I pride myself on being able to do as much as I can both offensively and defensively.

“I know the BBL is a higher level and the expectations are a lot higher too, but I’m definitely fired up and ready to go out there and show what I can do.”

Head coach Andreas Kapoulas added: “Raphell fits the type of player we are looking to have within our club. He had a spectacular year in Division One last season and he’s a versatile player on both ends of the court.

“Utilising [NBL] Division One as a pathway for British players to make it to the BBL is something we are proud of.

“We want players to develop their game with our club and make a real contribution to the league.

“Lewis Champion was given that opportunity last season, and we’re expecting Raphell to have a great first year with our programme.”

Champion has been re-signed for another season with the Flyers along with Daniel Edozie and Chris Taylor, while the club have also brought back American Fred Thomas as well as Marcus Delpeche and Panos Mayindombe.