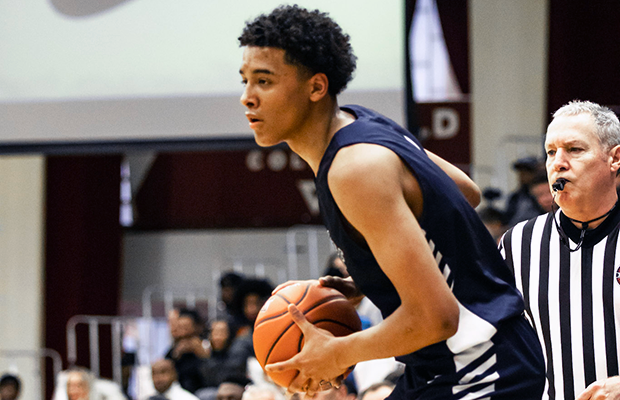 Jeremy Sochan has committed to NCAA Division 1 school Baylor for the 2021-22 season he announced on Thursday.

The highly touted 2003 born who ESPN have earmarked as a potential NBA prospect should his outside shooting evolve has recently moved to OrangeAcademy in Germany for the coming season due to the COVID-19 pandemic.

I would like to announce that I’ll be committing to Baylor university! #sicem pic.twitter.com/GmX213z9sY

“It’s always been my dream to play basketball in college,” Sochan told ESPN.

“But it’s as important to have a plan for when basketball stops. I want to play professionally and have a long career, and studying at Baylor can help me be successful both on and off the court.”

Baylor compete in the Big 12 conference and have made the NCAA tournament 7 times in the last 9 years, making the Elite Eight twice, and two further Sweet Sixteen appearances.

Sochan – who has both Polish and American passports but was raised in the UK – has garnered international attention since picking up Under-16 Division B European Championship MVP last year with Poland.

Since moving to the US for the 2019-20 season, the 6’7″ forward has been ranked as high as top 50 nationally with some ranking services, whilst his side, La Lumiere were ranked 5th nationally, being 25-4 before the season came to a premature end due to COVID-19.

“What separated Baylor from the rest was 15 months of a true relationship,” Sochan told Prospective Insight.

“I would consistently talk to the coaches and I built a really good relationship with them all. I felt like I fit very well in the Baylor family.

“Every time we connected with each other we would always have smiles on our faces and it wasn’t always about basketball. I feel like it was more than just basketball.”

Sochan was sitting on offers from the likes of Florida State, Michigan State, Virginia, Creighton, Kansas, Arizona, Vanderbilt and Xavier.