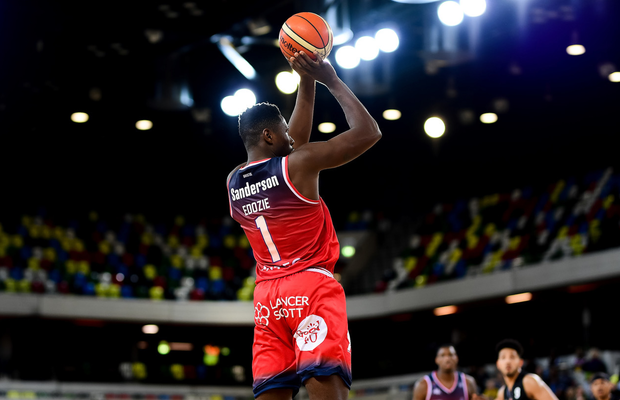 Daniel Edozie has agreed a new one-year deal to remain with Bristol Flyers for the upcoming 2020-21 season.

The 27-year-old has been with the club since joining out of Iowa University in 2015 before becoming captain in 2018.

“We are pleased to have Dan back for another season,” said head coach Andreas Kapoulas. “He is our captain and it’s been great to see his growth, both on and off the court over the last five years.

“It’s not just his ability and knowledge of our system, but the leadership role that he plays and the energy that he brings every single day.

“He is valued by all the players and staff and to be able to bring him back for another season is huge for us.”

Edozie averaged 6.8 points and 5.7 rebounds per game in 12 league appearances during the shortened 2019-20 campaign with his only double-double coming against London Lions in December.

Bristol had a 5-7 league record before the season was cancelled due to the coronavirus pandemic, while they also reached their first final in the BBL – losing to Worcester Wolves in the BBL Cup.