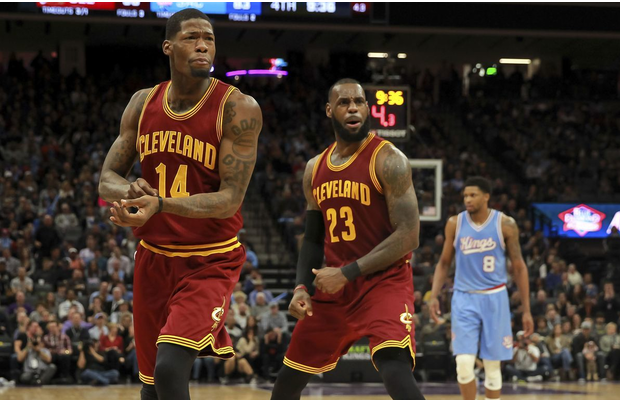 London Lions have strengthened their 2020-21 roster with the addition of defensive specialist, DeAndre Liggins.

Liggins played in 177 games in the NBA since being drafted by Orlando Magic in 2011 having played for seven different teams in total – including alongside LeBron James in Cleveland during their 2016-17 title-winning season, though he was released before the playoffs.

“I am very excited to join such a winning and upcoming organisation,” he said. “My competitive edge and winning mentality will certainly be effective immediately in the London Lions’ organisation – I’m excited and can’t wait.”

Lions head coach, Vince Macaulay added: “This is a great opportunity for us all in British basketball; Deandre is an unbelievable hard worker.

“We wanted someone that would nullify the highest of European talent and we think we have him. His experience, his team ethos will no doubt spread into our team.

“I’m delighted we could sign him and I’m sure all our fans will take him to their hearts.”

He averaged 2.0 points per game throughout his NBA career, but excelled on the defensive side of the floor; earning the NBA D-League (now G-League) Defensive Player of the Year award on two occasions as well as winning the Championship with Sioux Falls in 2016.

Liggins moved overseas in 2019, finishing the season in Greece before signing with Fuenlabrada in Spain’s Liga ACB for a short spell.

The Lions have already re-signed Justin Robinson, Joe Ikhinmwin and Andre Lockhart for the upcoming campaign with the roster also set to include two new additions from BBL rivals.