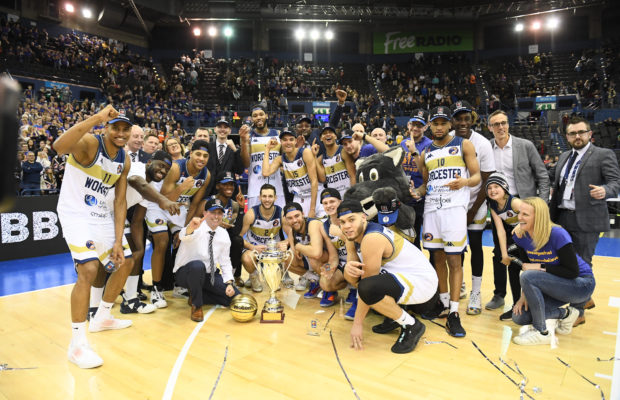 Matt Newby’s side found a way to earn success – ending a near six-year wait for a piece of silverware – as defences dominated throughout the contest.

Amir Williams was the standout star for the Wolves to claim the MVP award with 23 points, 13 rebounds and five blocks.

Williams set the tone with the opening score in a 6-2 start for the Wolves with Gentrey Thomas answering with a tough stepback three from the corner. After the first timeout called from Andreas Kapoulas, the Flyers closed the gap to 12-10 as scoring slowed on both sides.

Creativity from Maarten Bouwknecht found Williams inside for a big throwdown with the Wolves center accumulating eight points and four rebounds in the opening quarter. Cortez Edwards tried to follow suit, but was met at the rim by Fred Thomas in the play of the game as Worcester led 16-12 after 10 minutes.

Fred Thomas comes up with the huge block at the rim for @BristolFlyers in the @BBLofficial Cup Final! ⛔️ #BritishBasketball

The Flyers went further behind on a triple from Mark Hughes to trail 21-12 before beginning to find a way to the basket through the dual threat of Gentrey and Fred Thomas. They combined for a 9-2 run to close the gap, though points were still tough to come by with both sides patrolling the paint.

Threes reigned in from Hughes and Kofi Josephs to keep their opponents at bay before Amir Williams was unable to convert a three-point play for a double-double advantage as Worcester went into the half-time break with a 34-25 cushion. 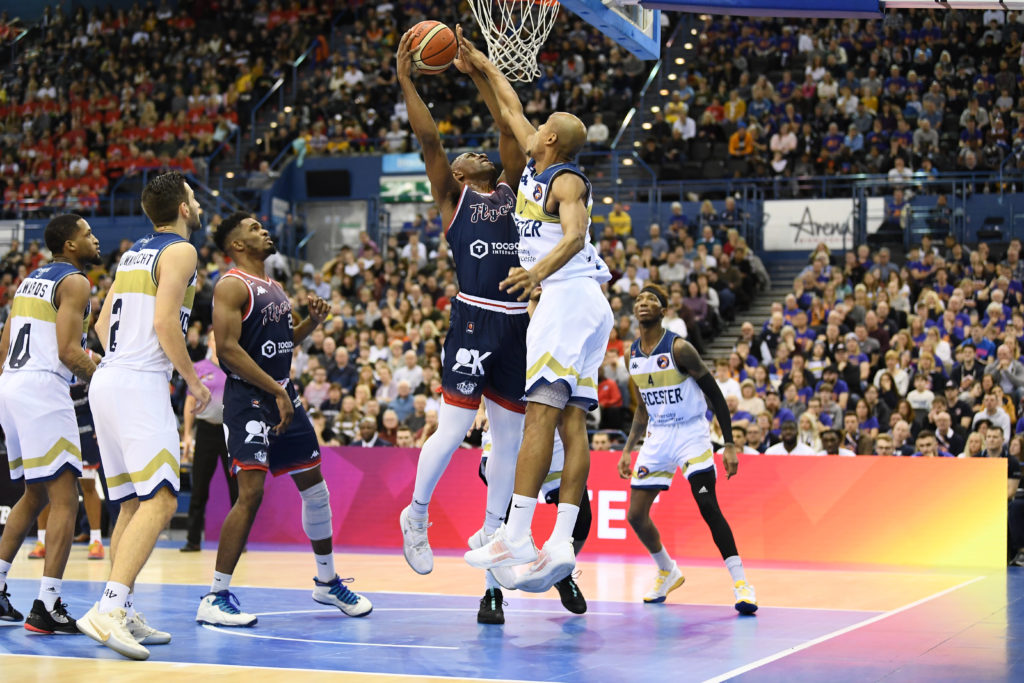 Bristol were held to just 27% shooting including 1 of 9 from 3-point range, whilst not having any points coming from the bench with half-time adjustments needed in their first-ever appearance in a BBL final.

Amir Williams had another three-point play opportunity to start the second half, and this time was successful as the gap broke the double-digit barrier for the first time. The American continued to grow his own personal tally, moving to 17 points in making it 41-27.

The Flyers needed a response and finally found some momentum in the form of a Marcus Delpeche throwdown with Lewis Champion finding his range from downtown to cap a 9-2 spell. They continued to chip away at the deficit and Gentrey Thomas’ and-1 brought his side to within four at 47-43.

Amir Williams returned to the court with immediate success at the start of the fourth with an inside score followed by an emphatic swat at the other end.

Bristol kept themselves in contention with Fred Thomas getting things done at both ends with just a four-point differential heading into the final five minutes. Jordan Williams broke his scoring drought with back-to-back scores, though again the Flyers hit back with a 5-0 burst making it 58-55.

Crucially, the next five would go to Worcester with strong drives from Josephs and Edwards and they were able to close out the win from the line in the final minute.